Epiphone Elitist 1965 Casino Outfit in Natural (made in Japan)

The Epiphone Casino is one of the most iconic guitars in the world. Mostly due to the fact that it was the instrument of choice for that little band from Liverpool, The Beatles. Once Paul McCartney discovered the casino, the other members bought into it because its diverse range of sounds and stunning acoustic qualities. Epiphone have decided to give the world a high-end version of the Casino so that you too can get those fantastic hollowbody sounds, as well as the mildly driven p90 tones.

Though the Casino looks like its Gibson brother, the ES-335, it has one major difference and that is the fact that the Casino is fully hollow inside. Unlike the ES-335 which has a solid maple block running through the middle, this top and back on this guitar will move and resonate like an acoustic.

It has different bracing to a 335 that allows it to be played like any normal solid body. You won't have to worry about having a delicate archtop in your hands.

As the Casino is a full hollowbody, it can't have a normal bridge drilled into the top. The trapeze bridge is mounted on the side of the guitar for more structural support but also means you can increase the sustain because you dont have to change the angle of the strings over a harsh right-angled bridge piece.

The Epiphone 1965 Elitist is Made in Japan and has a few minor upgrades that really take it to the next level. These are my favourite improvements:

Here's What Epiphone Say About The Elitist Casino

The new Ltd. Ed. Elitist "1965" Casino Vintage Outfit is an exquisite hand-made marvel that recreates one of rock and roll's most legendary instruments. All Epiphone Elitist acoustic and electric guitars are made at our Epiphone factory in Japan that specializes in handmade, highly accurate reissues made with time honored methods and impeccable attention to vintage detail and quality, including period-correct USA pickups and electronics. Epiphone Elitist instruments also feature traditional hand rubbed nitrocellulose color finishes that enhances a guitar's look over time with gradual shading and fading patterns that are as unique and personal as your own story. Today, Epiphone's Elitist Series instruments are some of the most sought after by players of all styles, and the Elitist factory in Japan is considered one of the premier instrument factories in the world. And no guitar says "Epiphone" quality and history better than the new Ltd. Ed. Elitist "1965" Casino Vintage Outfit.

For over 140 years, Epiphone has made its reputation producing some of the greatest and most innovative musical instruments in popular music. While models such as the Broadway, Wilshire, Coronet, Emperor and Texan are some of Epiphone's most memorable models, the Casino is arguably our most famous due to its close association with The Beatles.

The new Ltd. Ed. Elitist "1965" Casino Vintage Outfit is the ultimate Casino featuring the classic look, sound, and features of an off-the-shelf 1965 Casino, the exact same Casino that propelled hits by The Beatles, the Rolling Stones, the Kinks, Paul Weller, Noel Gallagher of Oasis, and modern artists as diverse as Gary Clark, Jr. and Radiohead.

For the Epiphone Company of 1961, the premier of the Casino was a small breakthrough. After the merger with Gibson in 1957, Epiphone had begun to move away from making traditional hollowbody jazz archtops. A new era of music had arrived and the introduction of the Casino was a modern design that announced that Epiphone was ready to begin a new chapter in its long and unique history. Though from a distance the Casino had the look of an ES-335, the Casino was a true hollowbody that gave players a clear, ringing tone that could be pushed into overdrive when needed. The Casino was an ideal guitar for stage and studio work and can be heard on many landmark recordings including The Beatles' "Sgt. Peppers Lonely Hearts Club Band," the Kinks' "All Day and All of the Night," and The Beach Boys' landmark album "Pet Sounds."

Maybe it's purely coincidental that at the same time the Casino was in its planning stages at Epiphone headquarters in Kalamazoo, Michigan, the Beatles were starting out, too. By 1965, the Beatles were the toast of London and when Paul McCartney went shopping for a new guitar that could give him the overdriven blues sound of artists like Otis Rush, he reached for a Casino. John Lennon and George Harrison soon bought Casinos as well and used them on stage and in the studio at Abbey Road throughout the rest of the band's career. Carl Wilson of the Beach Boys, Paul Weller of the Jam, and Noel Gallagher of Oasis are just a few of the players who made great records with Casinos. And now with the Ltd. Ed. Elitist "1965" Casino Vintage Outfit, you can, too! 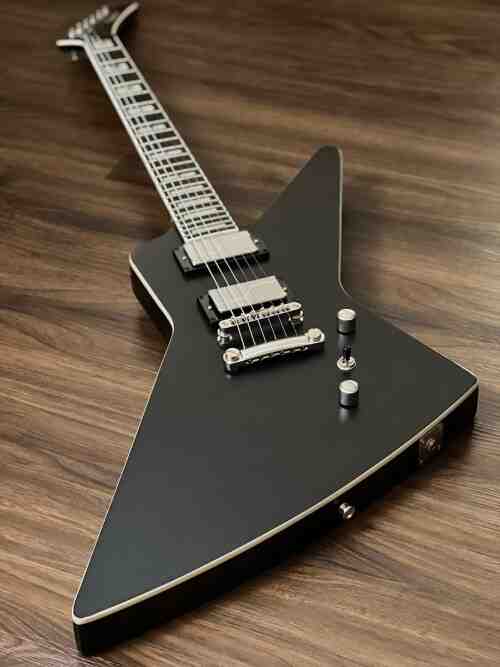 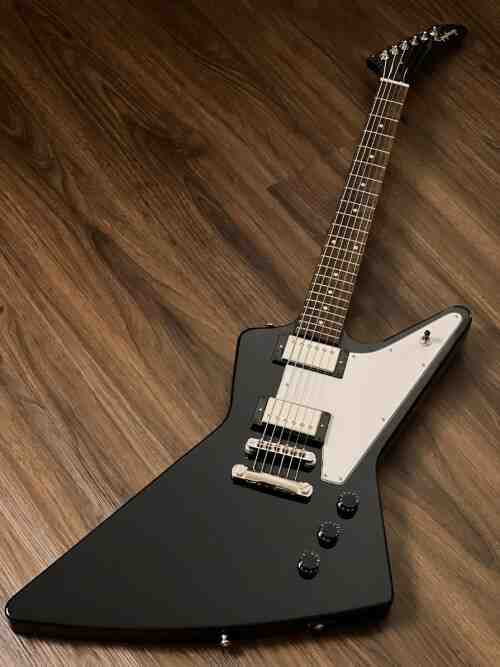 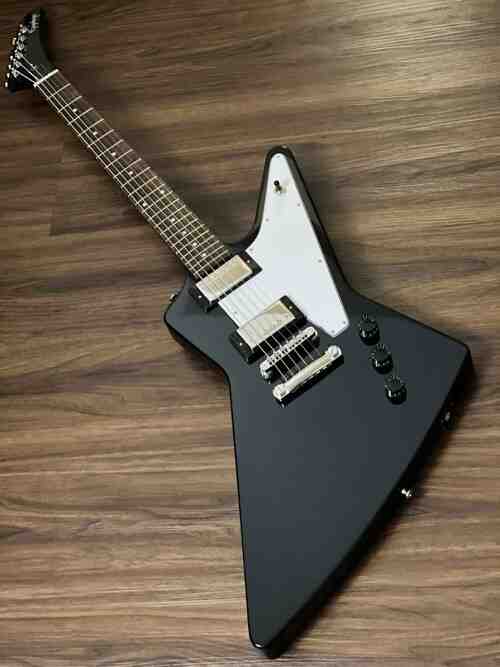 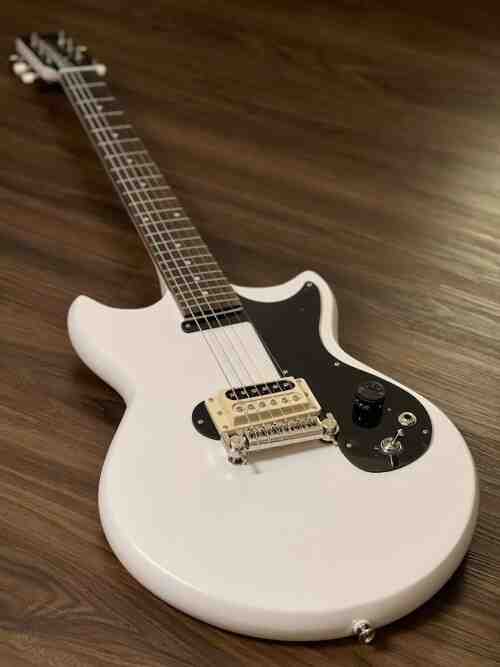 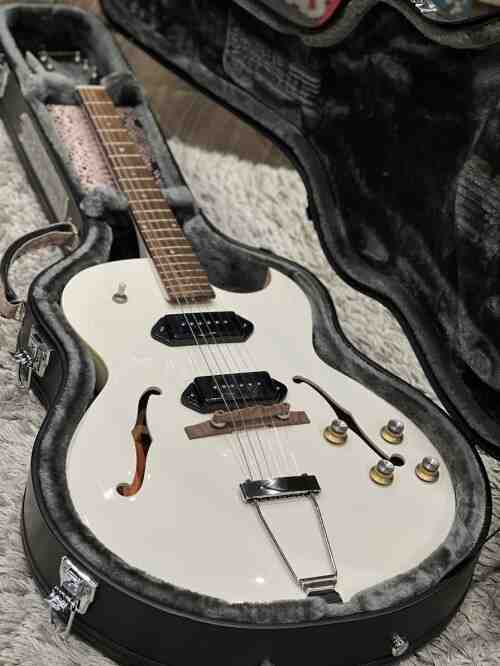 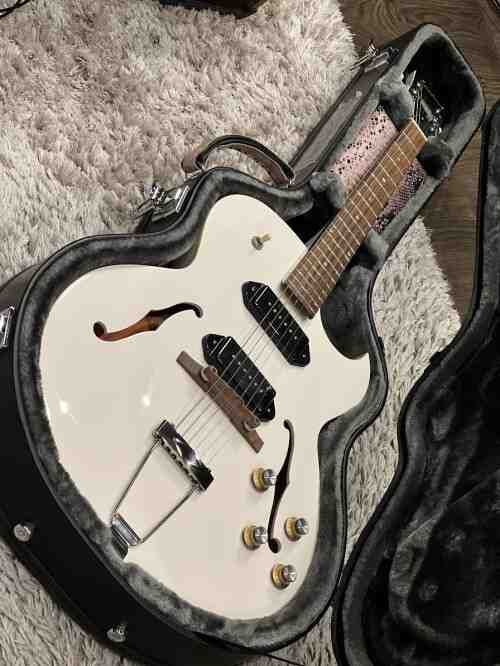 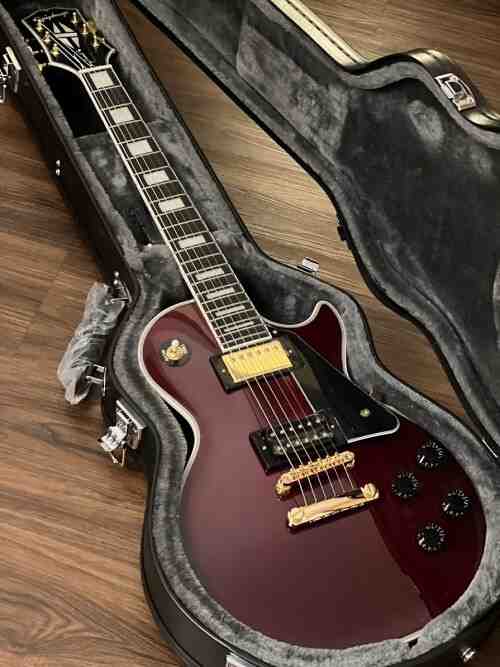