With the iconic look and sound of 1950s-era Les Pauls, the Epiphone Les Paul Standard ’50s is full vintage character and classic rock ‘n’ roll vibe. A mahogany body pours out warm resonance, while a maple top punches up the tone with clarity and snap. The comfortable ’59 Rounded Medium C neck snugs perfectly into your hand for easy chording and dynamic fret runs. Powered by Alnico ProBucker pickups, the Epiphone Les Paul Standard ’50s has a distinctive rock ‘n’ roll growl when pushed and a warm, pleasant top end when you lay back. Premium appointments, such as Epiphone Vintage Deluxe machine heads, LockTone ABR Tune-o-matic bridge, and high-quality CTS ’50s-style wiring complete the package on this formidable tone machine.

The ProBuckers on the Les Paul Standard ’50s feature Alnico II magnets — the same as sought-after vintage PAF humbuckers — for rich, warm tone with crystalline highs and a tight bottom. With a ProBucker-1 in the neck position and a (slightly overwound) ProBucker-2 in the bridge position, crank your gain, and you can do some serious damage. We’re talking legendary Les Paul — fat, snarling tone served up with exceptional sustain.

From rock to fusion and beyond, the Les Paul’s surly snarl has virtually defined attitude-laden overdriven guitar tone. Legendary guitarists such as Jimmy Page, Al Di Meola, Alex Lifeson, Slash, and countless others have forged their signature sounds with a sunburst Les Paul. Epiphone now gives you the opportunity to experience that one-of-a-kind tone and look at an amazingly affordable price with the Les Paul Standard ’50s. What’s more, the Standard ’50s comes with Epiphone’s limited lifetime warranty and is backed by Gibson’s 24/7/365 customer service — so you know you’re making a solid investment. 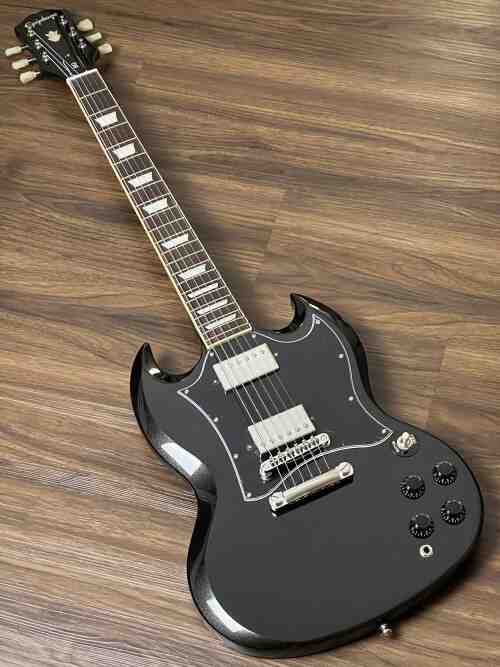 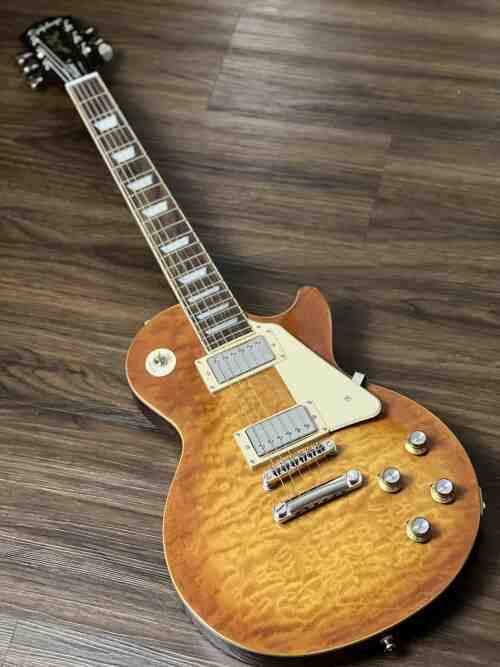 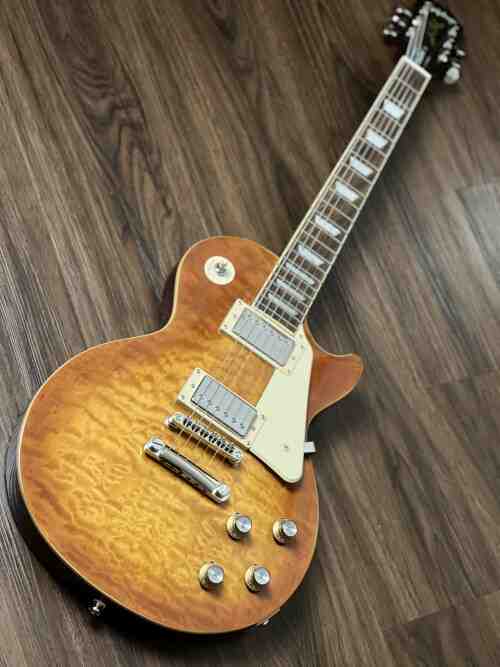 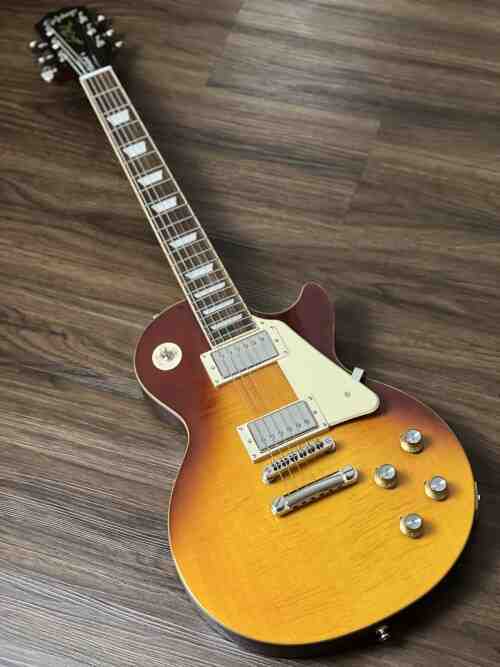 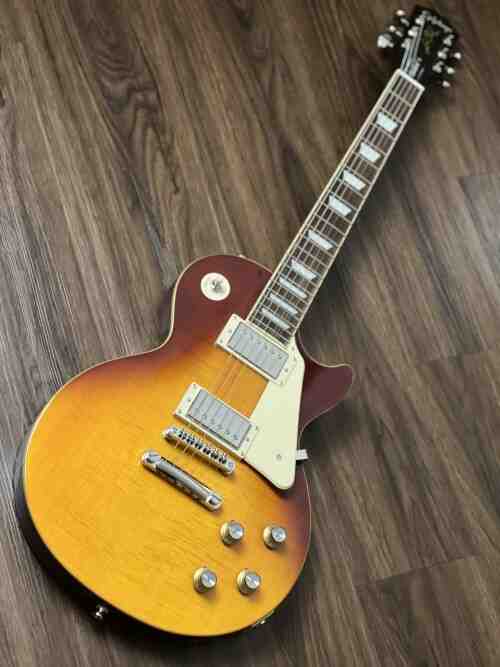 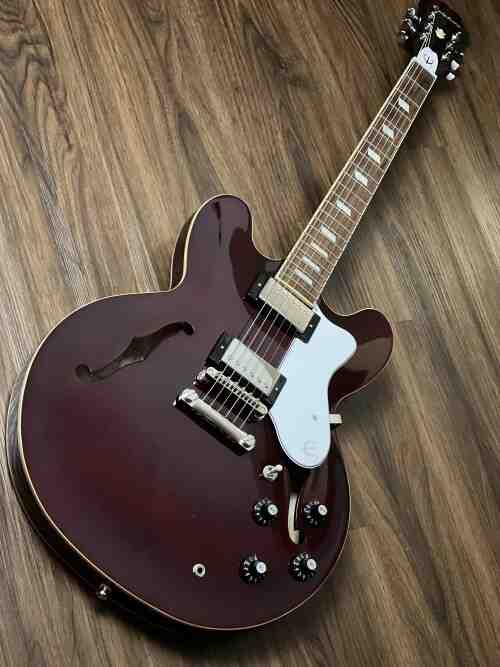 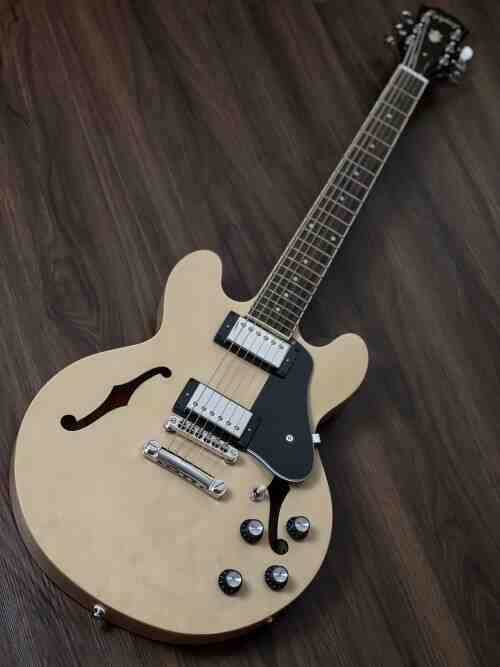 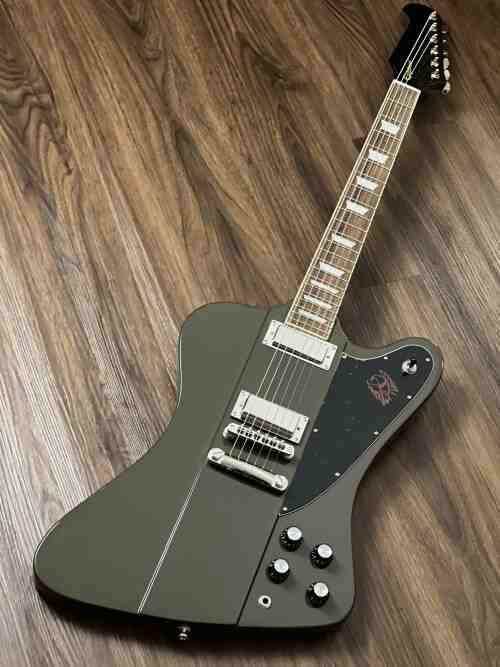 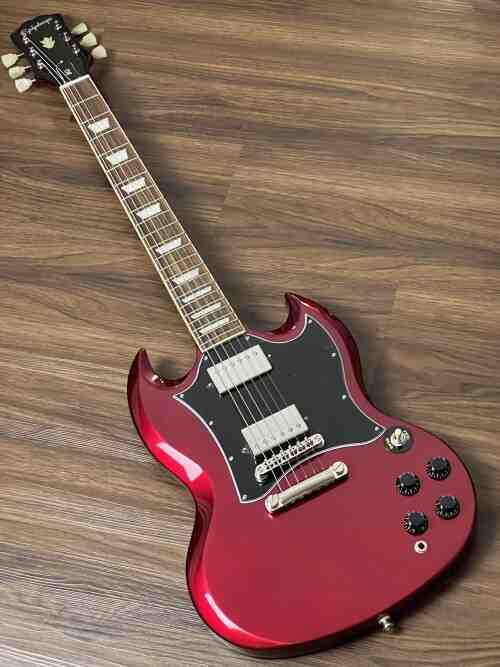 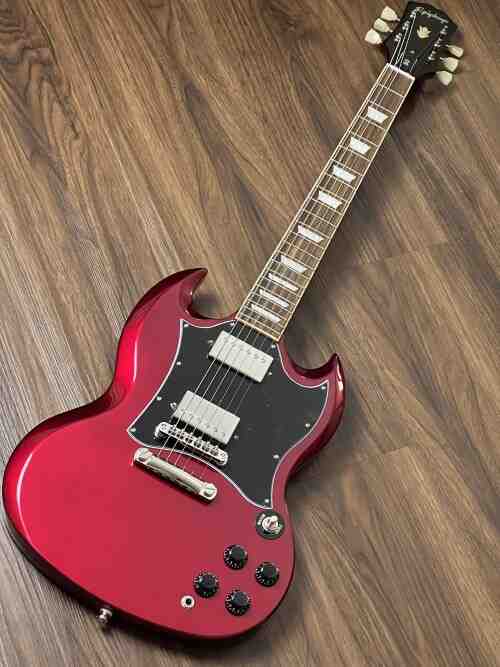