A Tribute to EVH’s Shark

The EVH Striped Series Shark is a tribute to (although not quite a re-creation of) one of the guitars that Eddie Van Halen used to attain the early Van Halen sound. Experience resonant tone, sustain, and crunch thanks to an ash body and dual EVH Wolfgang humbuckers. Benefit from a comfortable maple neck and fast-playing compound-radius fingerboard. Beyond that, a brass nut and EVH chrome-plated solid brass harmonica bridge yield massive sustain, while EVH Custom Gotoh tuners ensure rock-solid intonation. The Striped Series Shark is teeming with classic Van Halen aesthetics, but most importantly, it provides killer tone and lightning-fast playability. This axe belongs in every Van Halen fan’s guitar collection.

The Shark — a brief history

When fans dive into the history of Eddie Van Halen’s guitars, they generally gravitate toward his iconic “Frankenstrat.” But just as important to Van Halen’s history is Eddie’s often-overlooked Ibanez Destroyer, which he later dubbed “the Shark.” The guitar historians here find it puzzling that this guitar is so frequently disregarded, as it was all over Van Halen’s 1978 self-titled debut. In fact, since he preferred the Shark’s heavier tone, Eddie allegedly reached for it anytime he didn’t need a whammy bar. While this guitar was simply a stock Destroyer during the recording of Van Halen, Eddie later modded it by removing its pickguard, carving up its body, placing Les Paul–style knobs on it, and decorating it with his trademark striped paint job. The fully modded Shark was later highlighted on the cover of 1980’s Women and Children First.

The EVH Striped Series Shark features a super-playable 12"–16" compound-radius fretboard. That means its fingerboard has a 12" radius down by the nut, which makes it easy to grab chords and strum rhythms. As you move up the fretboard where you’re more likely to bend notes, the fretboard flattens out to a 16" radius, which allows you to more easily bend notes, effectively offering you extra fretboard space so you’re less likely to run off the edge. Ultimately, the Striped Series Shark’s compound radius makes transitioning between rhythm and lead playing effortless.

The Striped Series Shark endeavors to be a spot-on cosmetic duplicate of Eddie’s original, and it shows. The channel where the silver wire connects to the guitar’s selector switch is rough and deliberate, as are the “shark teeth” on its body. The Shark’s squared-off corners were replicated to a T — imperfections and all. What’s more, the guitar’s vacant tone control hole looks completely DIYed. The Striped Series Shark is as close to the real thing as you’re going to find. 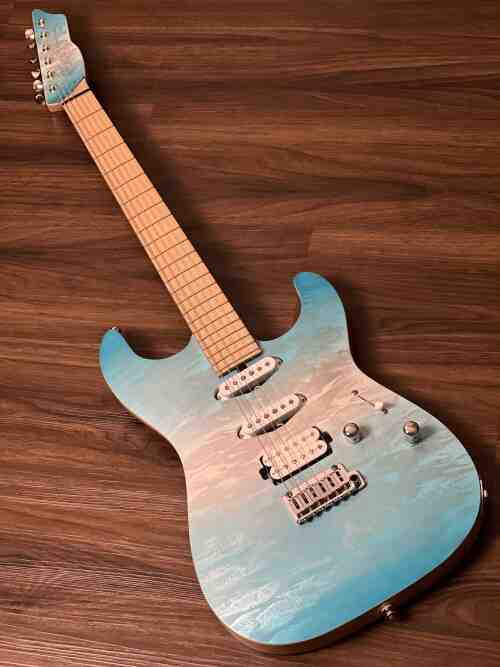 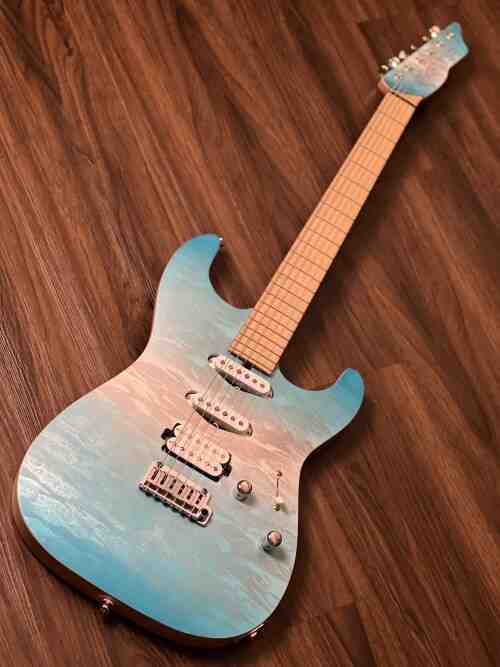 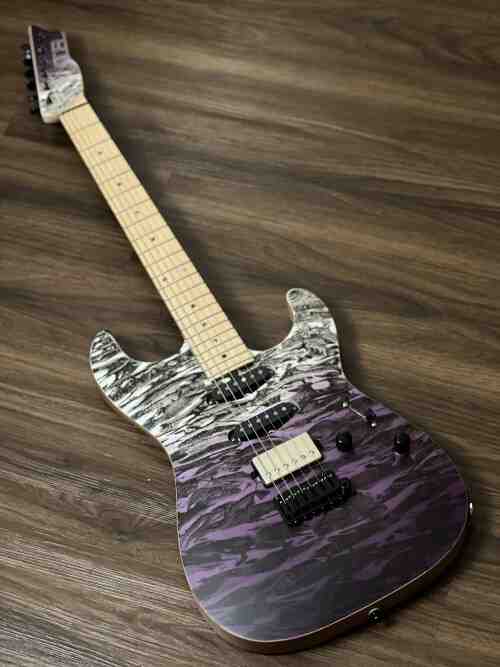 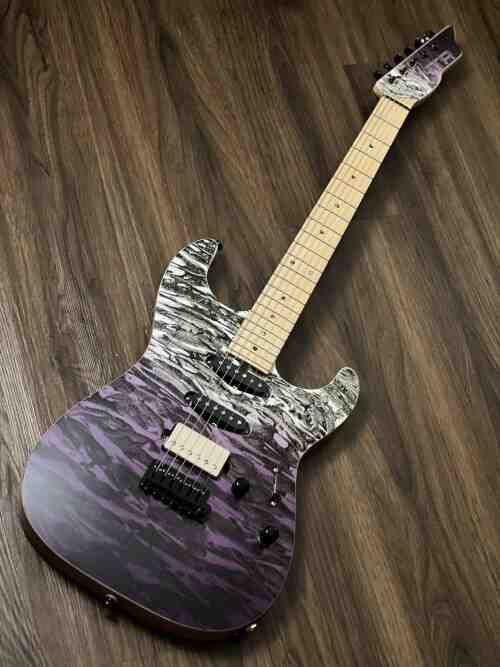 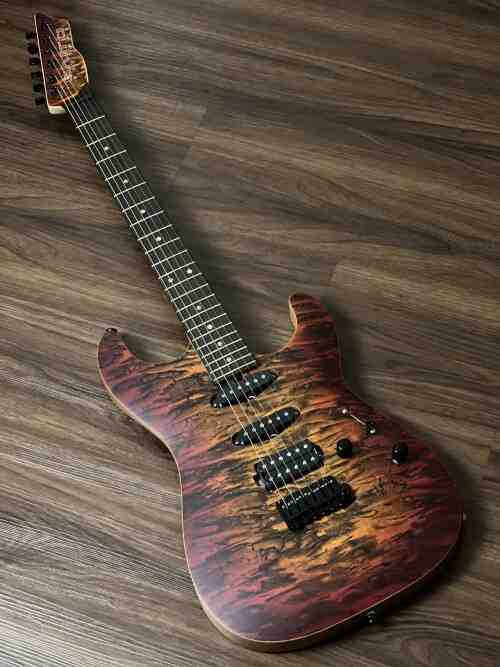 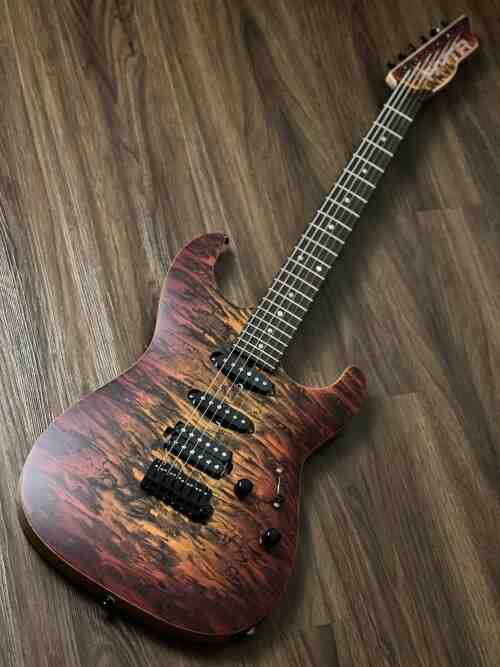 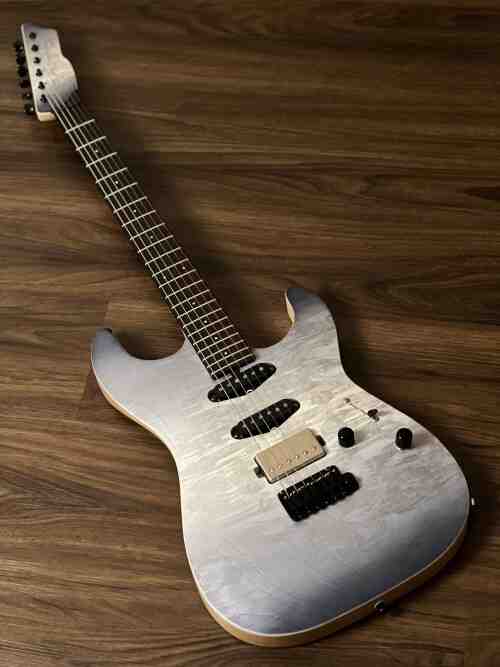 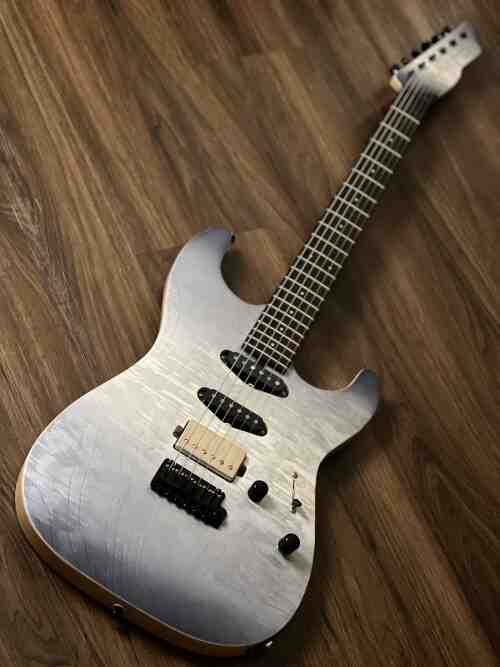 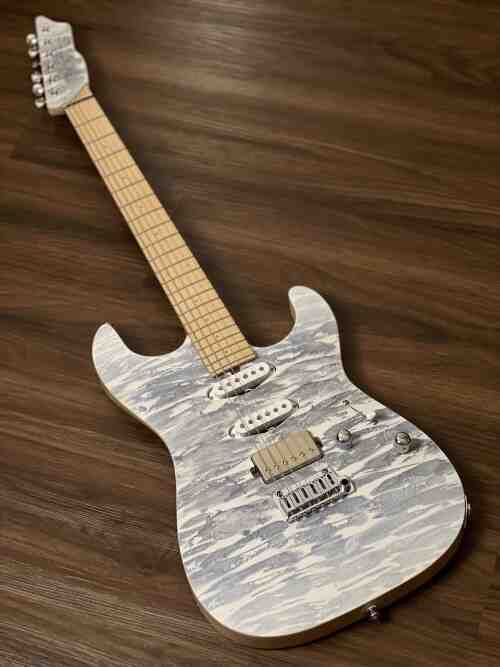 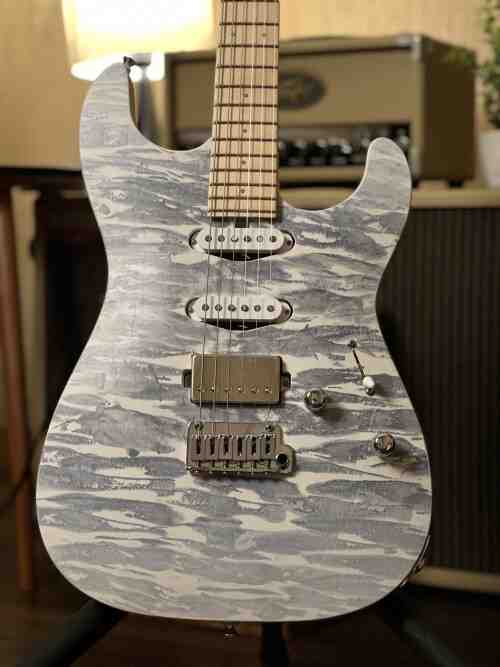 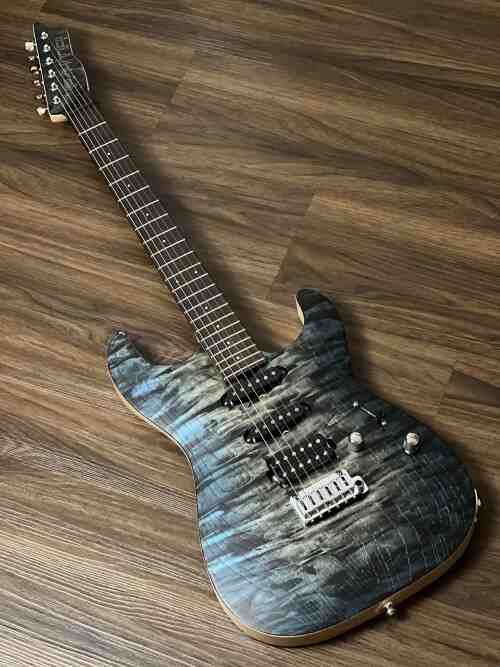 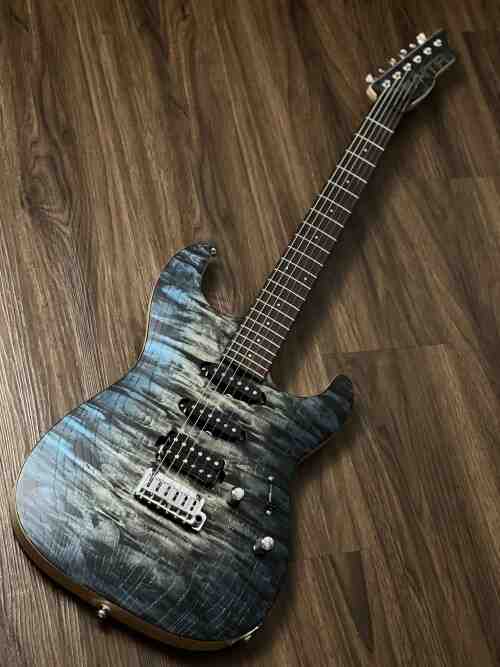 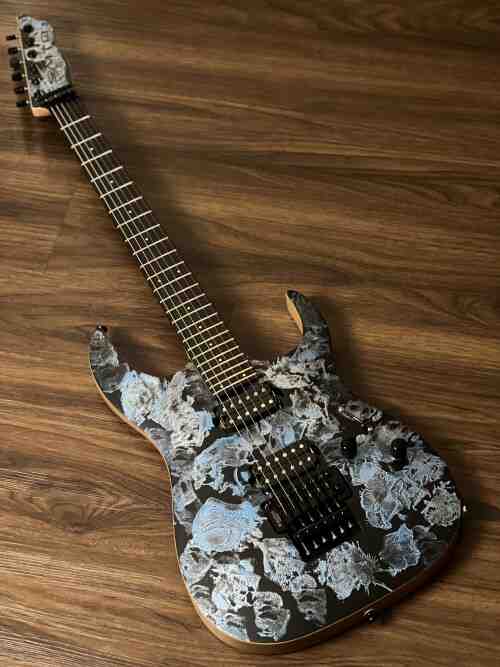 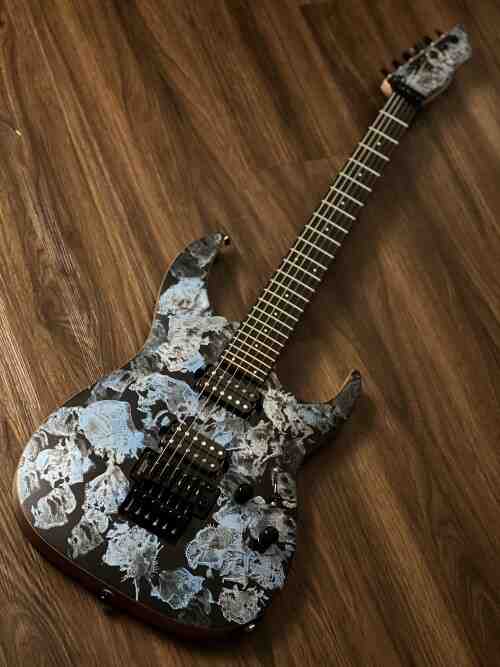