Get that classic Gretsch tone, playability, and feel with the G6120T Brian Setzer Signature Nashville '59 "Smoke" hollowbody archtop. Designed with meticulous input from Setzer himself, the G6120T conjures the vintage tone and design that have made it a staple among rockabilly, jazz, and rock guitarists for decades. The 6120T features an all-maple body that is light and resonant and finished in a captivating semi-gloss that lets the color really shine through. A maple neck with ebony fingerboard offers incredible playability and response. An Adjusto-Matic bridge with pinned rosewood base and a Bigsby B6CGH tailpiece provide stellar tuning support, sustain, and tremolo for all kinds of stylistic exploration. And when you're ready to plug in, a pair of TV Jones Ray Butts Ful-Fidelity pickups kick out all the warm humbucking tone you desire!

Pickups from a legend to a legend

The pickup duo in the G6120T Nashville '59 have a story that is truly legendary. Filter'Tron pickups were invented by Ray Butts in 1957 as the first noise-canceling humbuckers. Ray actually called these pickups "Ful-Fidelity" in his personal journals. These pickups would go on to change the world as they were used by numerous legendary rockabilly and rock-n-roll icons like Scotty Moore and Chet Atkins.

The TV Jones Ray Butts Ful-Fidelity pickups in the G6120T are the result of an intensely meticulous collaboration between TV Jones and Katha House, daughter of Ray Butts. Ms. House found her father's technical journals over a decade ago that contained his detailed notes on the design and engineering of the original Ful-Fidelity pickup. In 2008, at a Chet Atkins convention, she and Thomas Jones met and discussed plans to bring these original pickups back and bring them back as faithfully as possible. The result is a tone that has a tighter bass response and slightly more top-end EQ than a TV Classic. For Setzer and others like rockabilly stalwart Chris Cosello, these Ful-Fidelity pickups deliver a sparkle and dynamic range that conjure the sound of rockabilly's earliest days, letting current guitarists the opportunity to tap the past as well as forge ahead. As Jones told Premier Guitar recently, "This is the most original and authentic re-issue of a Filter’Tron guitar pickup to date. Period." We know once you have tried them out, you will agree!

Neck built for speed and feel

The maple neck with ebony fingerboard on the 6120 is cut to a Vintage "V" profile that invites fast lead runs and comfortable chording up and down the neck. The 22 medium jumbo frets also add to the comfort of this incredible neck, and the dot side markers and neo-classic thumbnail inlays give it a captivating visual presentation for both you and your audience. This neck is a huge favorite among guitarists here! 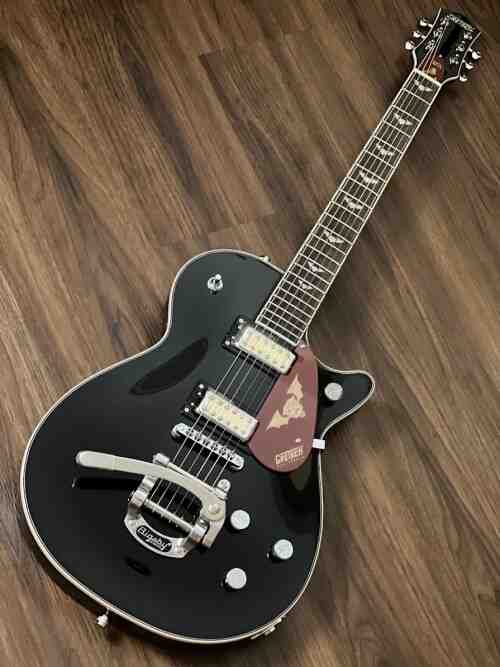 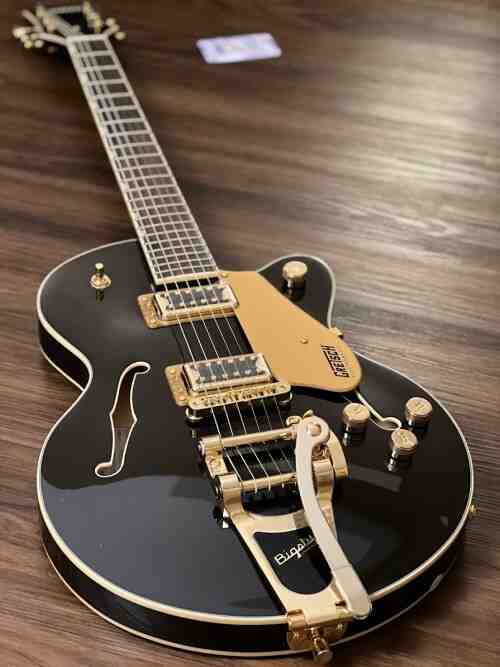 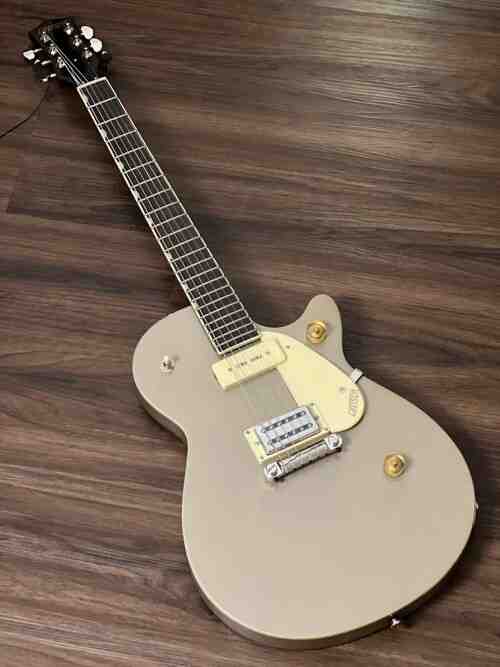 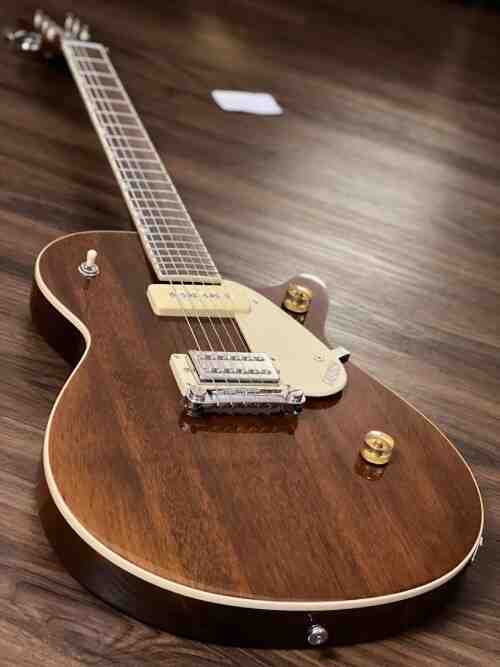 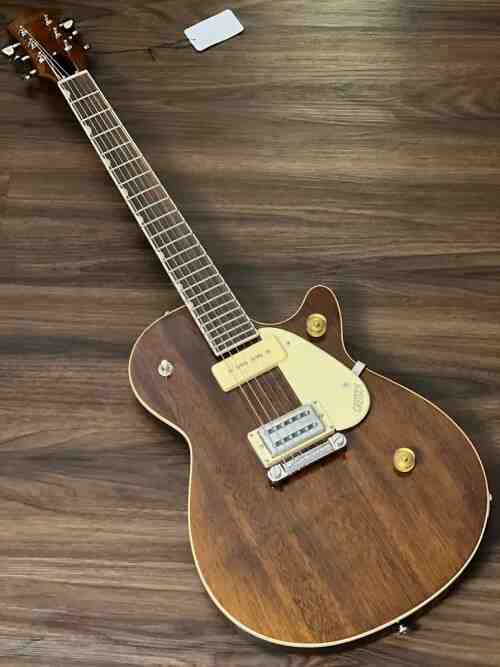