The Jackson JS32T King V solidbody electric guitar gives you instant attitude - sonically and visually. The amazingly affordable JS32T King V serves up thick, snarling tone and prodigious sustain - courtesy of its resonant, lightweight poplar body, strings-thru-body tail, and two toasty humbuckers. You'll relish the uber-playability of the maple speed neck and fat-fretted compound-radius fingerboard that lets you chord blissfully and shred without fear of fretting out. This axe will command attention wherever you wield it. Say hello to your new weapon of choice: the Jackson JS32T King V.

Jackson JS32T King V at a Glance: Compound-radius = the best of both worlds

The Jackson JS32T King V sports a compound-radius, bound amaranth fingerboard with jumbo frets. Down low, your fretting hand will appreciate the 12" radius thet keeps things nice and confortable for natural, relaxed chord work. Up top, a 16" radius lays it all out flat for effortless, low-action high-speed runs with monumental string bends without fretting out. The best of both worlds.

From bow to stern, the Jackson JS32T King V is set up for mammoth sustain. You get a maple speed neck - one of the hardest tonewoods around - and a strings-thru-body tailpiece. Top that off with two attitude-laden high-output Jackson humbuckers with ceramic magnets, and you've got a recipe for serious sustain.

If you're after a guitar that looks as mean as it sounds, we have your axe. The King V body shape alone is enough to convey instant attitude. Throw in Jackson's distinctive pointy headstock and Sharkfin position inlays, and you've got one arresting-looking guitar. The Jackson JS32T King V is one of the sharpest-looking guitars around; a serious axe wielder's instrument of destruction. Exactly what you've been looking for, right? 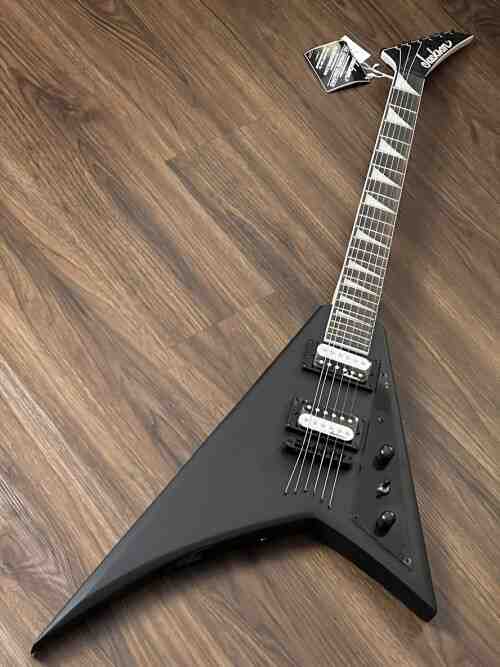 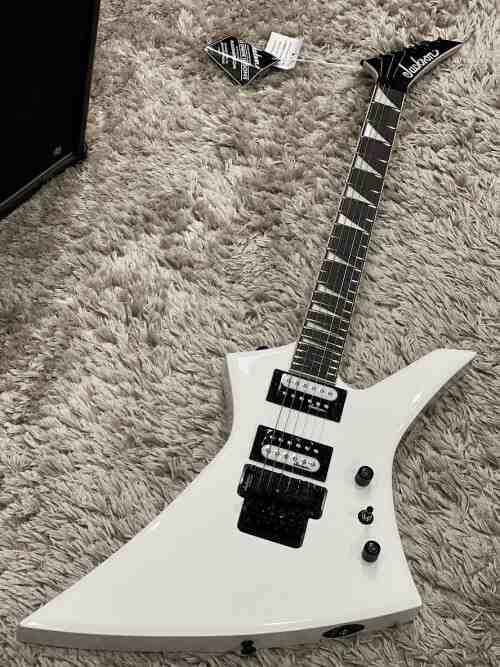 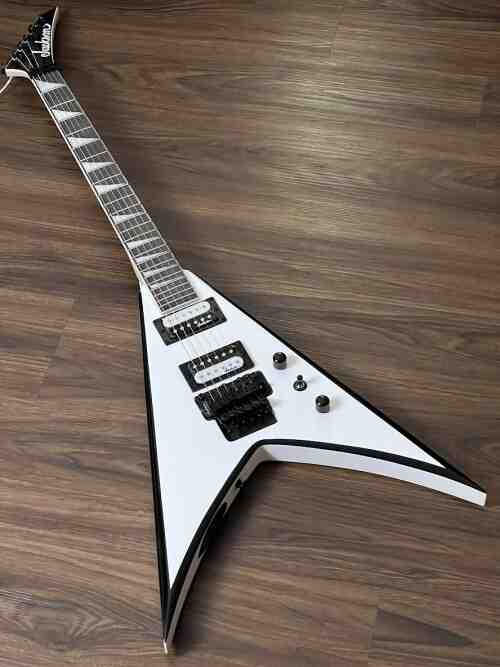 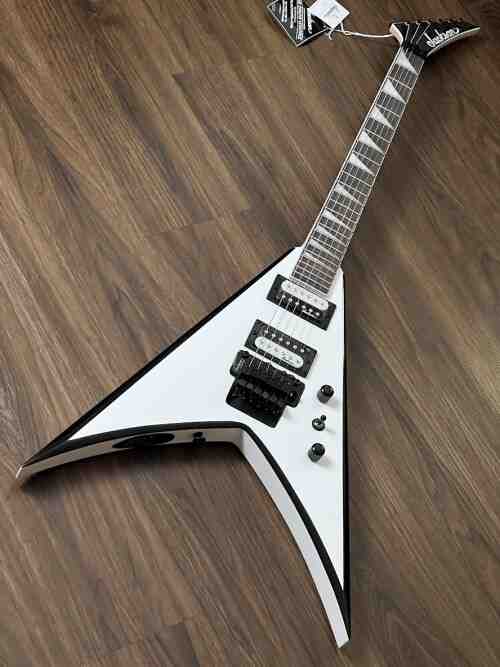 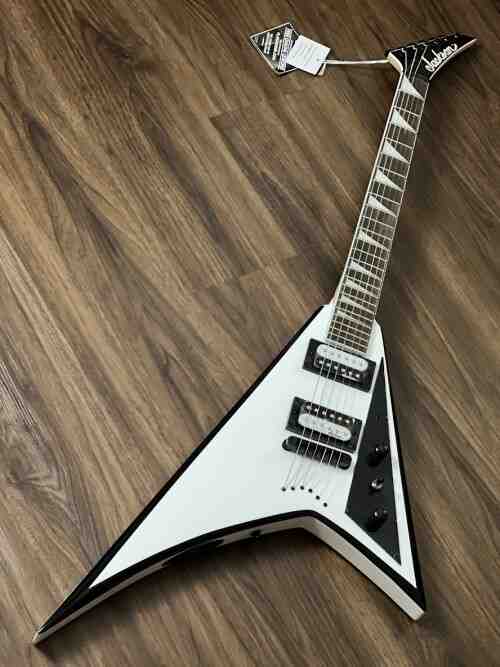 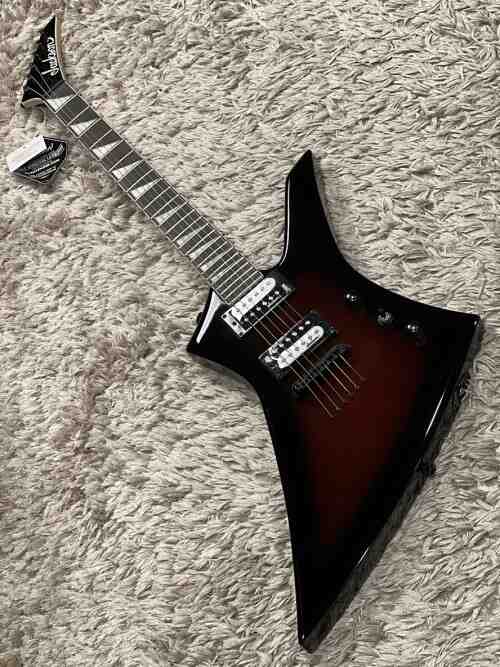 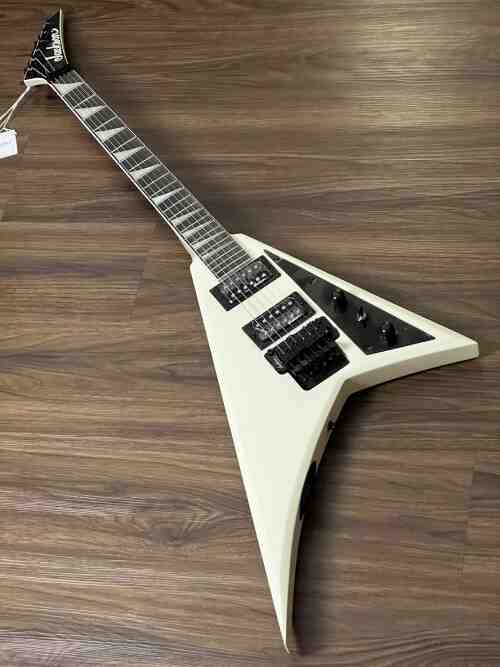 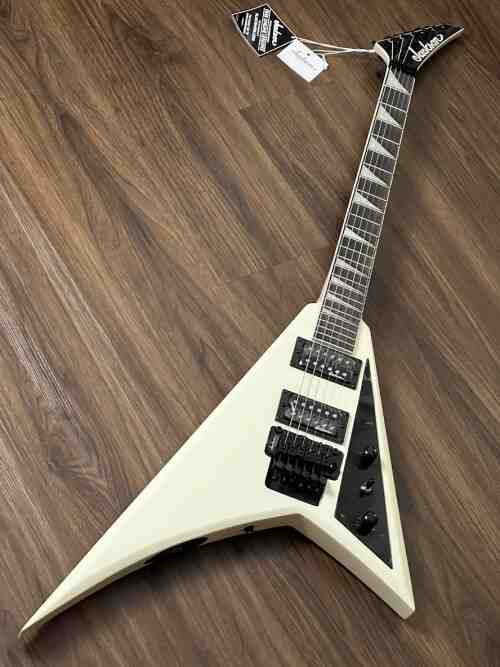