The King of Metal Guitars
The Jackson King V KVXT solidbody electric guitar is a rock 'n' roll speed machine. Its basswood body sports a strings-through-body design for maximum tonal tyranny. The King V KVXT matches its screaming tone with lightning-fast playability, thanks to the through-body maple neck with a compound radius fingerboard. And when you factor in the dual EMG-HZ humbucking pickups and the TonePros adjustable bridge, you'll realize the huge value in the King V. If you want face-melting tone with amazing playability, get the Jackson King V KVXT.

Fine-tuned for aggressive playing
You'll have the tonal power you need with the Jackson King V KVXT. The combination of the King V KVXT's balanced-sounding and light-weight basswood body, its stable maple neck, and the added sustain from the high-energy strings-through-body construction, gives you an even tone that will cut through any metal mix. Not to mention, the King V's body contours are among the most aggressive and iconic in metal.

Built for speed
Not many guitar necks play faster than the Jackson King V KVXT's rosewood fretboard with 12"-16" compound radius. The radiused fretboard makes chords easier to form close to the nut, and is flatter up the neck for faster lead lines. It also makes impossibly wide bends possible without fretting out. In other words, it's effortless to switch between rhythm and lead playing on the King V KVXT. And the fingerboard's binding and shark-fin inlay ensure everyone around know's you're playing a Jackson.

EMG pickups for snarling, aggressive tone
Jackson's X-series King V KVXT's pair of passive EMG humbuckers spit out enough power to pull the most harmonically rich gain from your amp possible. At the bridge, you get an EMGHz-4A, while offering tons of output, still sings with an extremely balanced tone. In the neck position, there's an EMGHz-4, voiced to give you the best of the company's 81 humbucker and a classic PAF-style pickup. And the HZs are likely the quietest passive pickups in existence, and (unlike actives), you never have to worry about dead batteries. 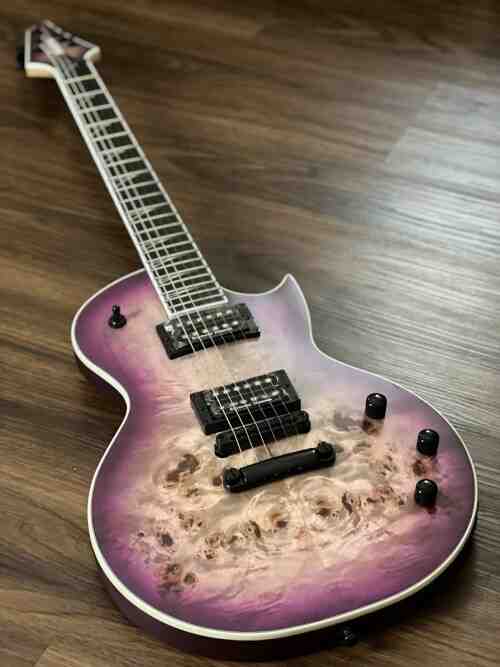 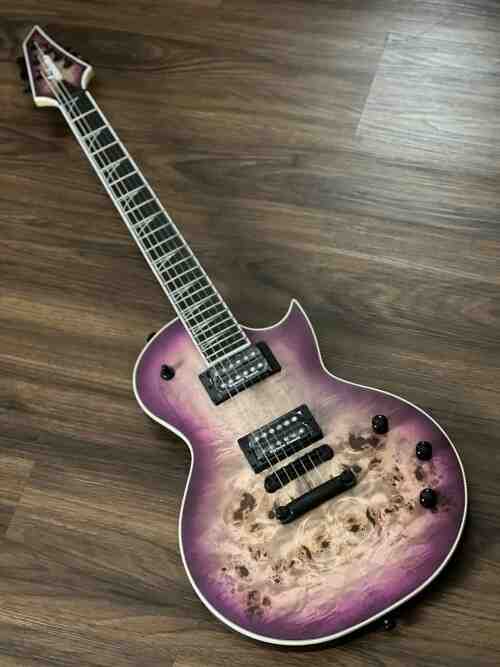 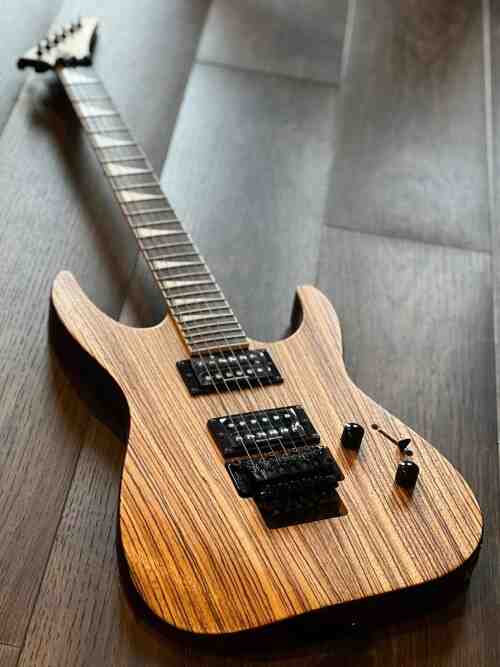 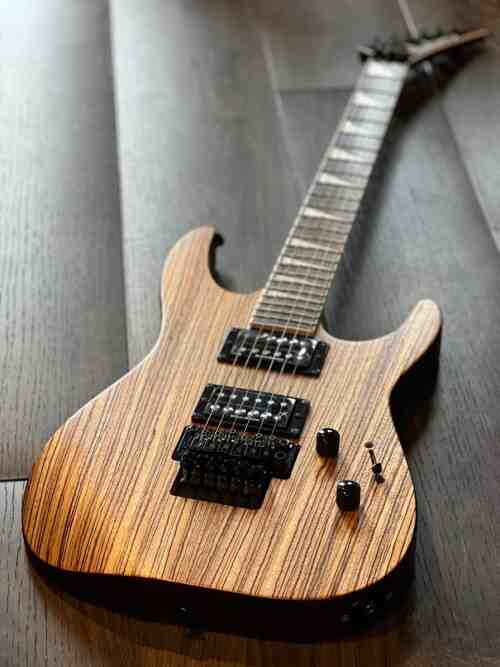 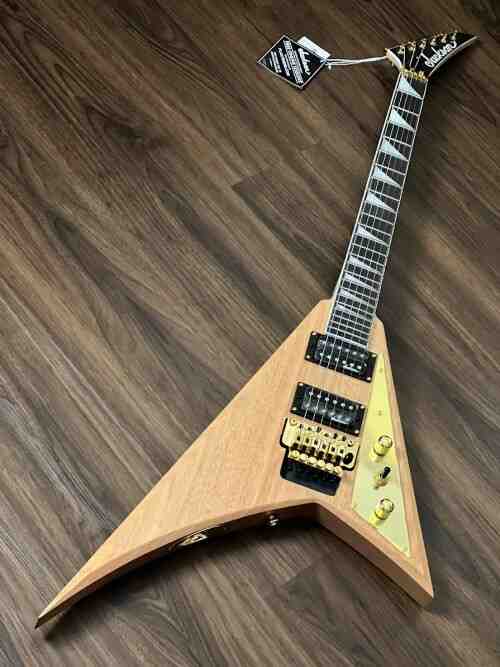 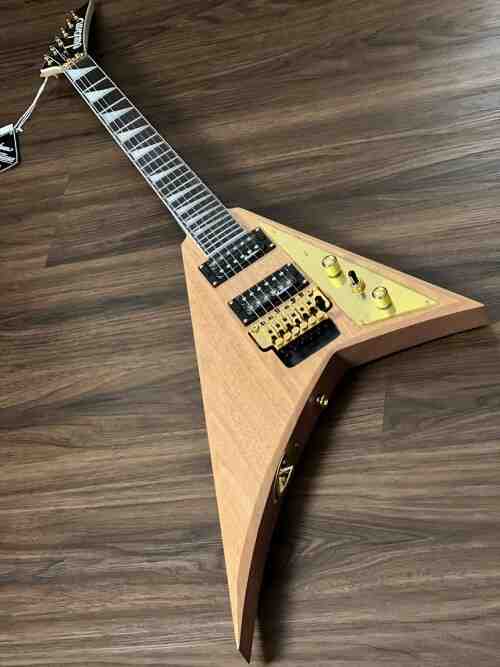 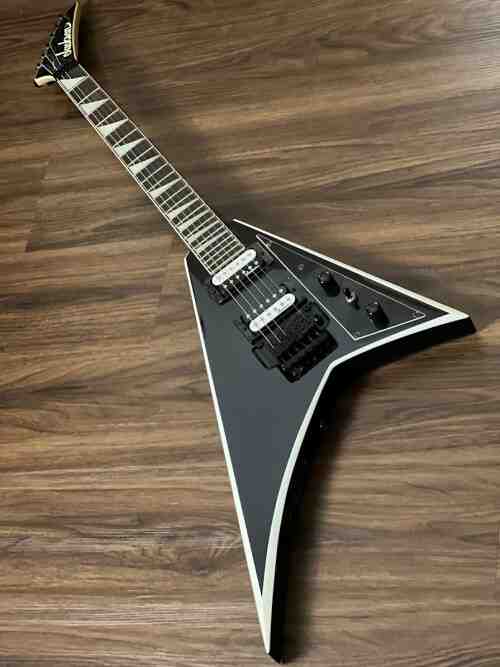 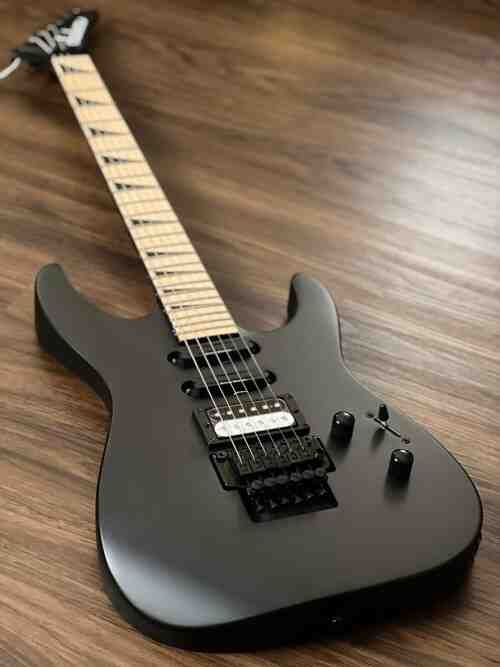 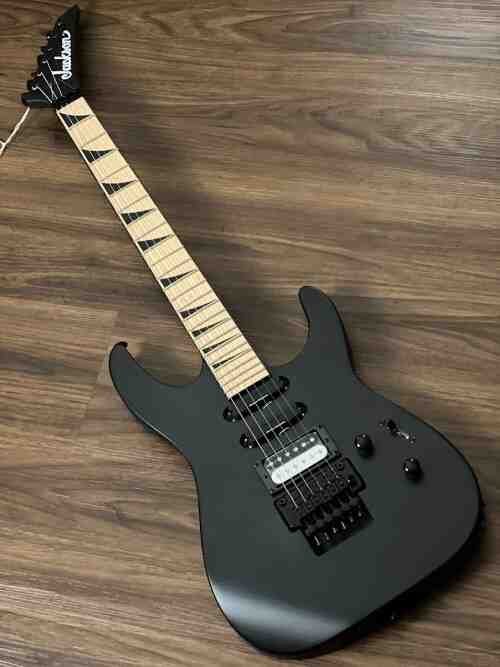 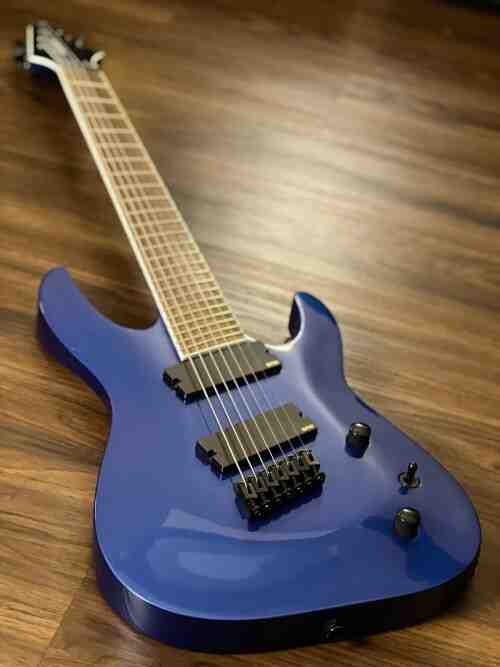 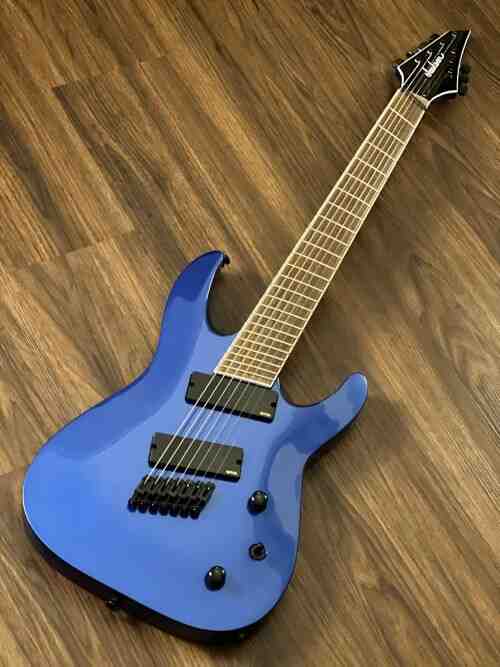