Many discerning guitarists instantly name the D-28 as their all-time favorite Martin; it is the standard to which all acoustic guitars are compared. Affectionately dubbed the "tone cannon," the D-28 deploys classic rich tone and powerful projection that's perfect for stage and studio. Martin has re-imagined the D-28, blending the rich legacy of the guitar with their latest innovations. Vintage appointments include open-gear tuners, an aged toner top, antique white accents, and faux tortoise pickguard. Forward-shifted bracing allows for greater vibration of the top, while a modern neck profile gives you improved comfort and playability. We spend a lot of time with acoustic guitars, and this D-28 delivers the iconic Martin sound by the boatload.

The dreadnought: a fascinating back story

Launched in 1906, Britain's HMS Dreadnought was the first all-big-gun battleship and the first to use steam-turbine propulsion. Larger, faster, quieter, and more deadly than any warship that had come before, it ushered in the modern era of naval warfare. In 1916, Martin, which had been handcrafting fine guitars since 1833, christened their new large-bodied acoustic guitars after the groundbreaking naval vessel. Ubiquitous today across musical genres, dreadnoughts deliver the volume and deep bass that makes them ideal for vocal accompaniment, solo work, and many other "unplugged" applications.

A cornerstone of modern music

Martin's early dreadnoughts set into motion the guitar's prominent role in modern music and set the standard for tone quality in acoustic guitars. Martin dreadnoughts became known for resonant warm tones, quality craftsmanship, and tasteful styling. For those reasons, Martin guitars became an important part of the music written and performed by the stars of the 1920s and '30s. The post-WWII D-28 became a cornerstone of the folk and folk rock music of the '50s and '60s. And the rest, as they say, is history.

The Martin D-28 acoustic guitar offers the deep bass response that's made Martin dreadnoughts so popular. Yet it also has a high-end presence that sings out even in heavy instrumentation. Martin's D-28 is both loud and subtle and has a quick response. The powerful voice and full sound of the D-28 have made it a staple in the bluegrass world, but its bold sonic signature has been heard cross-genre.

A quality acoustic guitar is all about the wood, and the Martin D-28 serves up a classic tonewood cocktail with no compromises. The top is solid Sitka spruce for big projection and spectacular note clarity. Its back and sides are made of solid East Indian rosewood, a classic Martin material. A solid wood neck with solid black ebony fingerboard gives the Martin D-28 amazing playing ease to match its awesome sound! 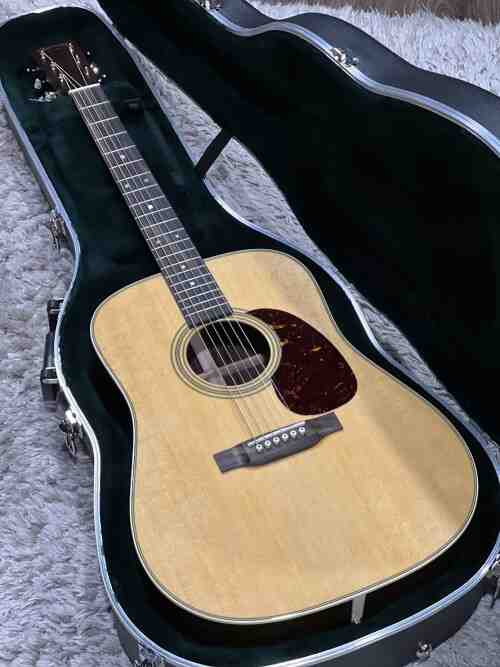 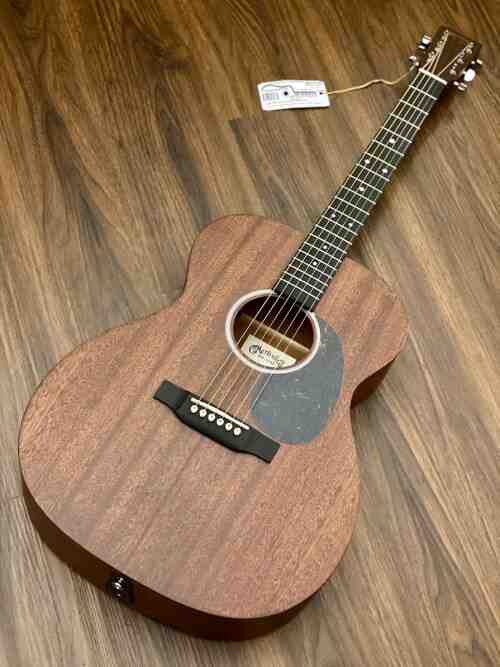 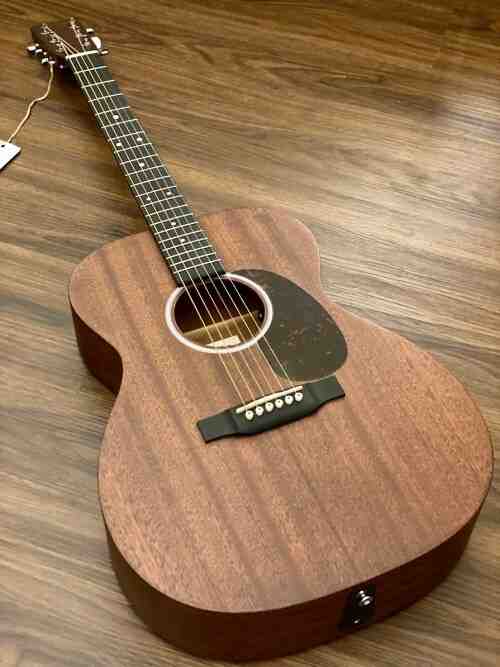 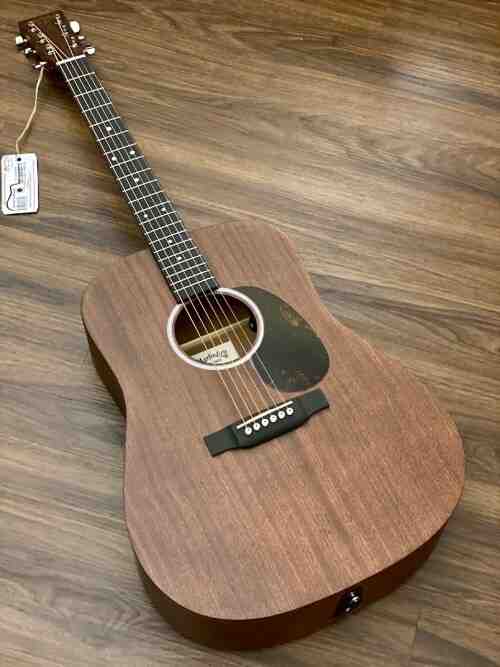 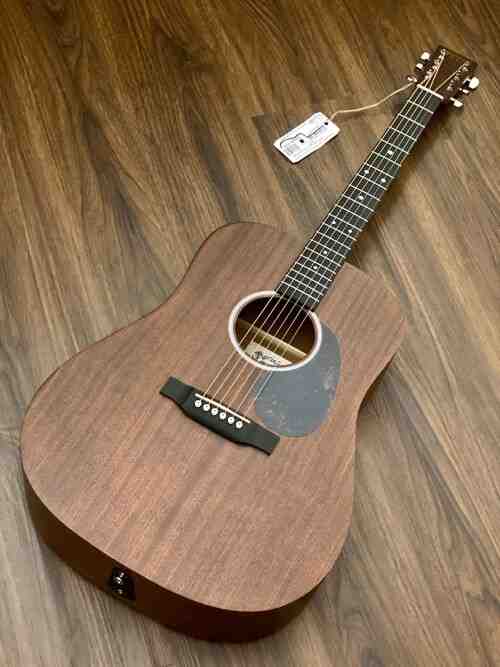 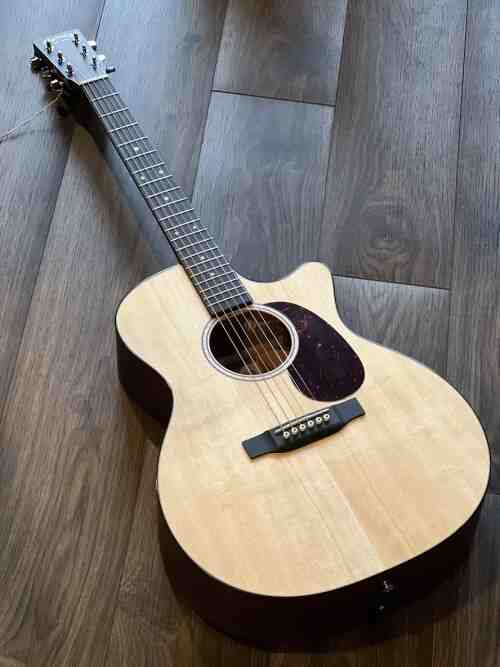 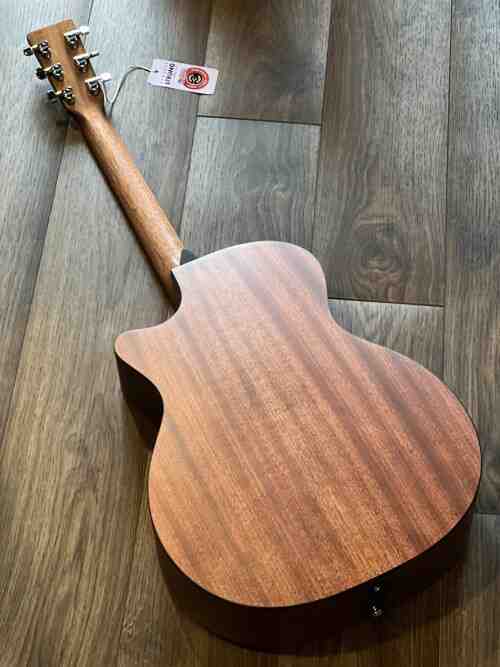 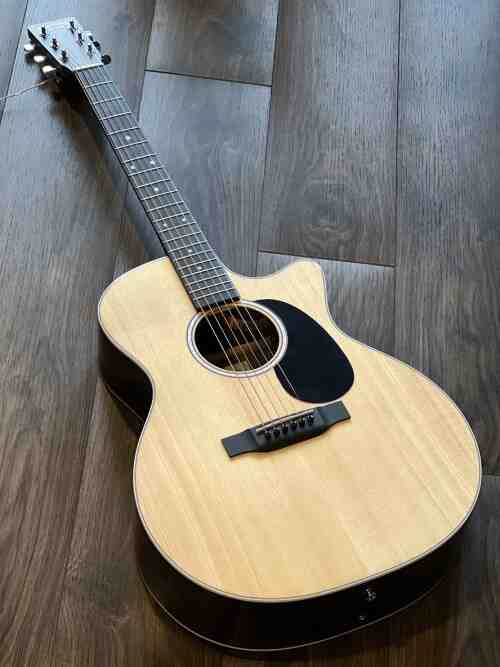 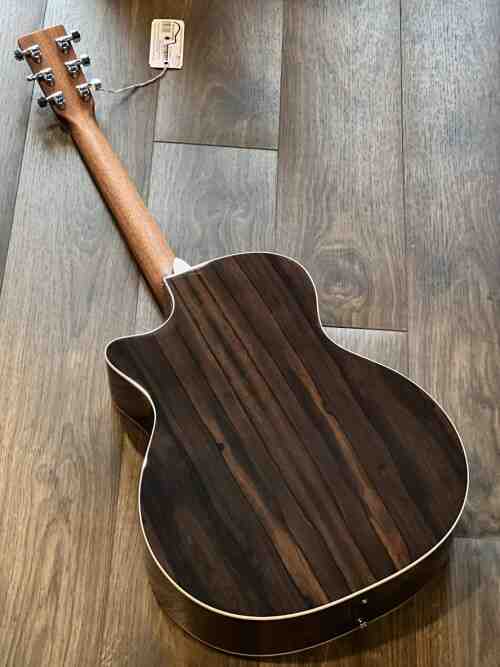 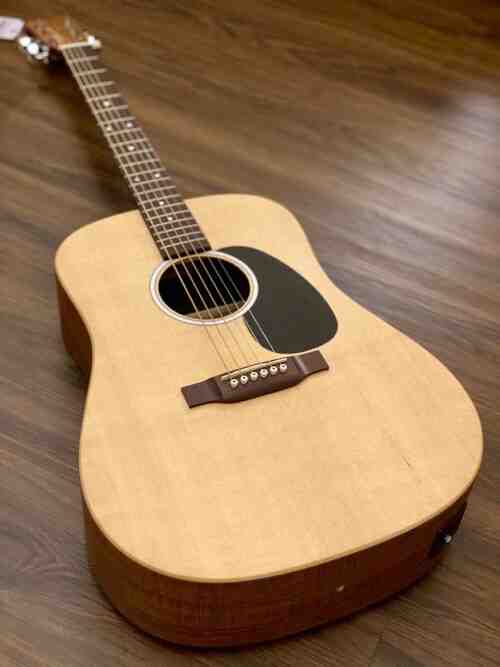 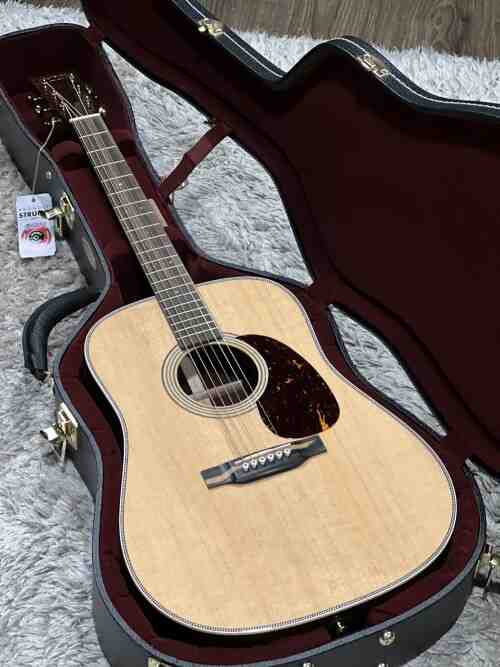 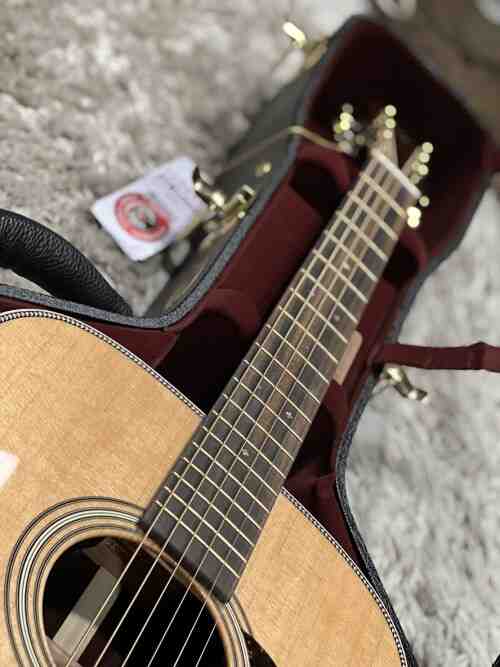