Inspired by Jason Mraz's Taylor nylon-string NS72ce, theJMSM Jason Mraz Signature Model Grand Concert Acoustic-Electric Guitar has a back and sides of Indian rosewood, a Western Red cedar top, and custom inlays. The fretboard inlay features the words "Be Love" below Jason Mraz's circle/triangle symbol, both in Mexican cypress. The rosette design is a series of zodiac symbols in Mexican cypress against a bubinga background, set in a ring of Hawaiian koa. The pickup is the ES-N, which comes standard on all nylon-string models. Each JMSM Jason Mraz Signature Model Grand Concert Acoustic-Electric Guitar comes with a custom label and a certificate of authenticity, both of which are signed by Mraz.

A smaller-bodied guitar ideally suited for fingerstyle
The small-body Grand Concert debuted in 1984 to meet the needs of a new wave of adventurous acoustic fingerstyle players. In contrast to the traditionally darker, boomier voices of bigger body styles like dreadnoughts and jumbos, the GC's compact size and tapered waist kept the overtones in check. It was also more comfortable to play while sitting down, and the guitar's slightly wider neck gave players more room for complex fingerings. The GC's smaller sonic footprint also fit cleanly in a mix with other instruments when tracking in the studio and with a band on stage, making it a useful tool for professional session and side players. The current generation of GC models continues to accommodate fingerstylists with finger-friendly traits like a shorter 24-7/8" scale length, which makes fretting easier and adds a slightly slinkier feel on the strings due to the lighter string tension. If you feel more comfortable with a small body or favor controlled overtones, a Grand Concert is a great option.

Indian Rosewood
Origin: East India
One of the most popular and traditional guitar woods of all time, rosewood takes the basic sonic thumbprint of mahogany (which has a strong midrange) and expands it in both directions. Rosewood sounds deeper in the low end and brighter on the top end (one might describe the treble notes as zesty, sparkly or sizzly, with more articulation). If you look at its frequency range visually, rosewood would appear to be more scooped in the middle, yielding less midrange bloom than mahogany. Like mahogany, rosewood's vintage heritage has helped firmly establish its acoustic legacy. It's a great sound in part because we know that sound. In some music circles in which preserving the traditional sound helps bring a sense of authenticity to the music - certain strains of Americana, for example - rosewood has an iconic status. Also like mahogany, rosewood is a versatile tonewood, which has contributed to its popularity. One can fingerpick it, strum it and flatpick it. It's very consistent, so players can usually rely on it to deliver.

Goes Well With: Most applications. If you like a guitar with fuller low end and brighter treble (bluegrassers, for instance), rosewood will do the trick. Its high-end sizzle and clear articulation will benefit players with "dark hands". If you're looking for a traditional acoustic sound, a rosewood Dreadnought or Grand Auditorium is right up your alley.

ES-N
Like the the ES-T, The ES-N is a single-source, undersaddle transducer, but the preamp design and tone controls were customized to complement the nylon-string voice. Taylor standard ES control knobs enable plenty of tone-shaping and preserve the natural design aesthetic. Installed on nylon-string models.

The JMSM is based on Mraz's go-to guitar, a Taylor nylon-string NS72ce, a guitar he says "nurtured a whole album's worth of songs" and in performances, "gave me a way to communicate with the audience without a guitar standing in my way. It felt like it was part of me, it was a part of the energy that I wanted to put out there." Crafted from a back and sides of Indian rosewood and a top of Western Red cedar, the JMSM includes key design touches provided by Mraz. The fretboard inlay, in Mexican cypress, features the phrase "Be Love" set below a design that features a triangle within a circle, which mirrors a forearm tattoo he got in July 2009. "I chose this symbol simply because I want to be whole in mind, body and soul," he explains. "I think that's a divine trinity there. What is ‘Be Love' but cutting out the middle man. You don't have to have a certain someone to be loved. You don't have to have certain conditions to have love in your life. You can just be love. So, it's basically a practice of unconditional love, a practice of unabashed generosity."

Mraz's touch can also be seen in the soundhole rosette, which features one of the artist's passions: the zodiac. "I'm always looking into the cosmos to inspire me or to help me create my schedule, even for tours and for when I'm going to write and what I'm going to do," Mraz shares. "So, everyone can relate to this because your zodiac sign is going to be in the rosette somewhere, in the person you love, all the relationships in your life can be related to this…the rosette is here for us to put ourselves into the universe." The hand-inlaid rosette of the twelve signs of the zodiac is crafted from a Hawaiian koa ring, a background of bubinga, and Mexican cypress symbols. 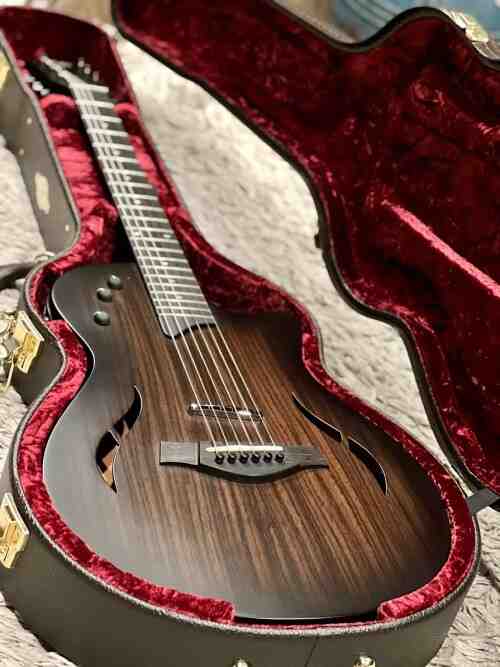 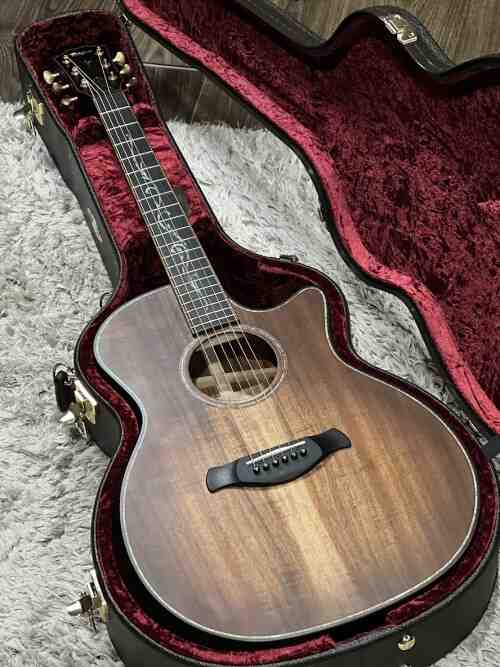 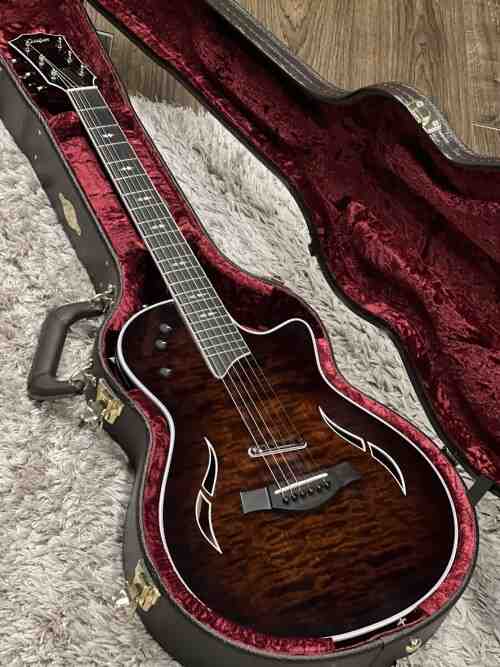 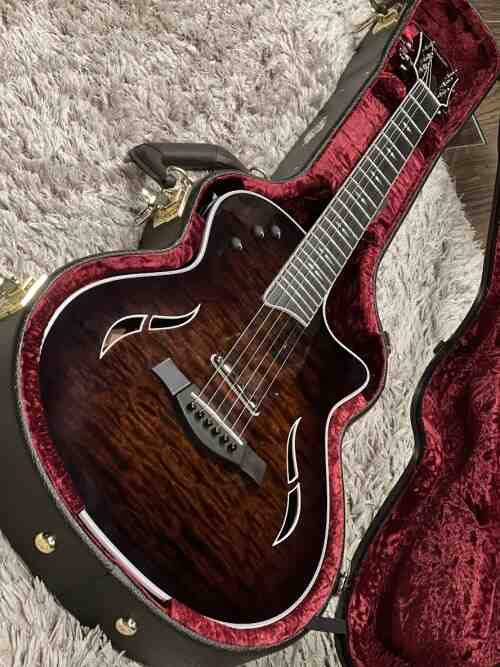 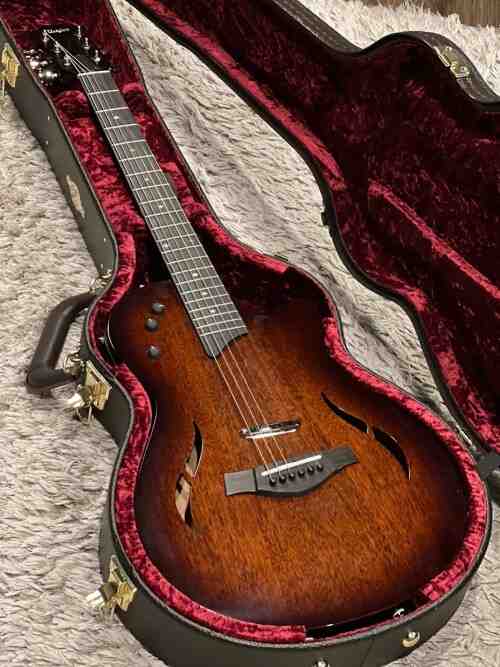 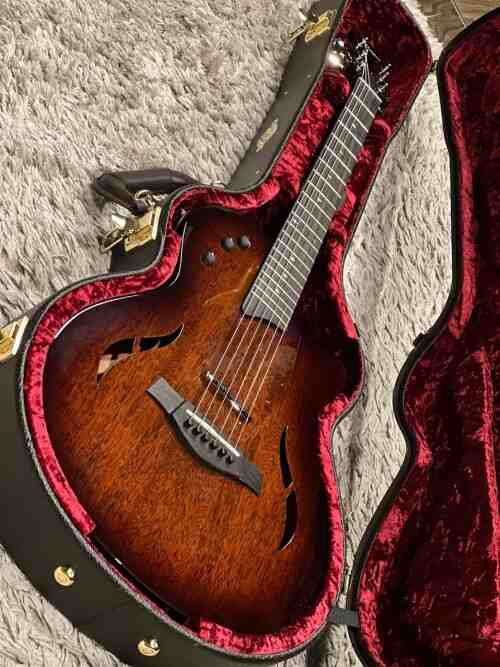 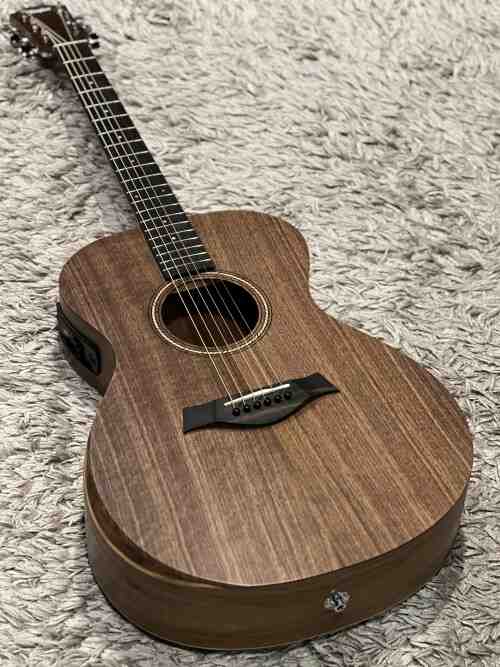