Now You Can Own a Gretsch Irish Falcon Just Like Bono's

In the 50's, Chet Atkins, Bo Diddley, and Elvis Presley had two things in common. First, they helped to shape the sound of pop music. Second, they played Gretsch guitars. In the sixties, Gretsch guitars defined the sound of The Who's rock opera, "Tommy." John Lennon and George Harrison used them and so did Jimmy Page. In fact, Gretsch guitars are what gave Bono his 'Edge.' In the year 2000, Bono comissioned Gretsch to build 10 Gretsch "Irish Falcon" 6136 guitars. Fred Gretsch delivered this guitar to Bono, personally, during the Elevation 2001 tour. (Also used on the song "Walk On" from the album, "All That You Can't Leave Behind.") The Gretsch G6136I Irish Falcon is a Cadillac Green version of the legendary White Falcon. An inscription on the pickguard reads "The goal is soul". One of the other nine guitars now resides in the Rock and Roll Hall of Fame Exhibition in Cleveland, Ohio.

Classic Falcon Styling with Special Green Finish
Bono and Gretsch recently collaborated to create this updated version of the iconic green Gretsch known as the Irish Falcon. Gracing the stages of the current U2 Vertigo tour, the new G6136I incorporates classic Gretsch Falcon specs with an all-new lustrous "Everygreen" finish and an inscription on the pickguard that reads: "The Goal is Soul." Of all the legendary Gretsch guitars, the most sought after "dream guitar" is the venerable Gretsch White Falcon. But for all the things the 6136 White Falcon was, it was not necessarily intended to be a production model at all. It was originally a trade show guitar, a "dream machine" Gretsch put together to show off a little. As the orders came rushing in after its introduction at the 1954 music trade shows, the Falcon was rushed into production. Similarly, Gretsch decided to put Bono's custom-built Irish Falcon into production to satisfy the numerous requests for this exact instrument and to pay tribute to the artist and his musical genre.

Beautifully Styled Single Cutaway Hollow Body
"The utmost in striking beauty, luxurious styling, and peak tonal performance" ...so boasted the original ad copy for this stunning beauty. But don't get blinded by the glitter and gold! Rich, complex tones come from dual High Sensitive Filtertron™ pickups and a 17" wide, 2 3/4" deep laminated maple body and arched laminated maple top. The neckof the Falcon is a 2-Piece 25.5" scale Maple neck with an ebony fretboard. For greater expressive control, the Gretsch Falcon boasts three separate volume controls (neck pickup, bridge pickup, master volume), and a three-position master tone switch. This gives you the ability to blend the volume and tone of the pickups to create your own unique sound.

Nothing But the Best Hardware
All of the Falcon's hardware is top shelf as well, right down to the Grover® ImperialTM gold-plated die-cast tuners. More than a tuner, this is a legnd! First introduced in the 1950's the Imperial tuners have been used on some of the most expensive and collectible guitars ever produced. With distinctive gold-plated "3-step" buttons, the Grover Imperial has a heavy duty casing and a smooth feel with its 14:1 ratio. Along with gold hardware and multiple binding, other artistic touches on the Falcon include Mother-of -Pearl inlay position markers with feather engraving and a gold-plated Gretsch "G" Cadillac tail piece.

The History of the Falcon
If ever a guitar typified the glorious excesses of the 1950s, the Falcon would be that guitar. To paraphrase Tom Wolfe, the Falcon was a "Kandy-Kolored Tangerine-Flake Streamline Baby."

And it was "the most beautiful guitar in the world," to quote the Gretsch literature of the day. A hellishly expensive dreamboat even when new, Falcons continue to be highly treasured, high-dollar guitars.

From its debut in '54, the Falcon featured gleaming white paint and gold sparkle trim, 24-karat gold-plated metal parts, ebony and real mother of pearl, all working together to dazzle players and dreamers alike. The guitar had three-layer white, gold and black binding, bird-themed engravings on the neck markers, a special winged headstock and "Cadillac G" tailpiece, so named because the "V" at the end was reminiscent of a Cadillac logo, back when Cadillac was "The Standard of the World," and the first GM division with a modern V-8 engine, too.

In the late '60s, Fred Gretsch retired and sold the company to Baldwin Manufacturing. Baldwin had difficulty understanding Gretsch's position in the market and failed to make a transition through the psychedelic '60s and hard-rock '70s. Kids inspired by Jimi Hendrix, Jeff Beck and Eric Clapton turned to Fender. To make matters worse, Baldwin moved production to Arkansas, and Gretsch suffered through two disastrous fires. The Baldwin marriage was always an unhappy one. With sales down and the head office increasingly disinterested, Gretsch limped through the 70s and finally shut down production in the early 80s. The "Great Gretsch sound" became something only collectors could own (A vintage '62 White Falcon sells for twenty thousand dollars), that is, until the 90's when Fred Gretsch III brought back his family's legacy with a little help from his friends (Fender).

Thanks to Fred's efforts, Gretsch is back in the limelight with faithful reissues of the finest classic Gretsch guitars and new models as well. Now you can add the "Great Gretsch Sound" to your collection with a painstakingly crafted reissue of the custom Irish Falcon that Gretsch made specially for Bono. With a new Irish Falcon, you're not only getting a great sounding, great playing guitar, but a work of art that can only appreciate in value. 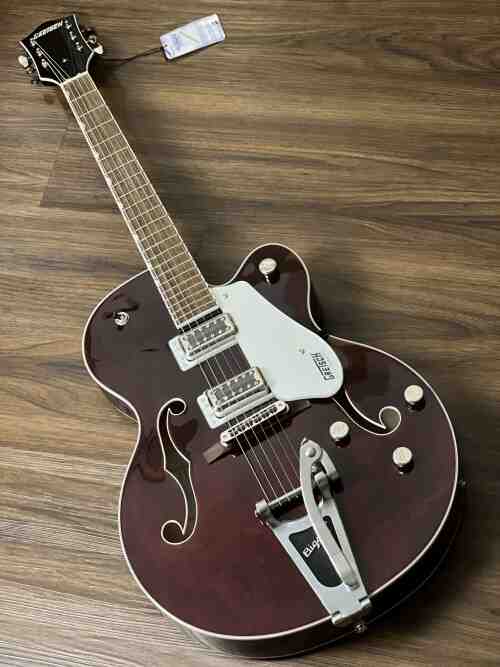 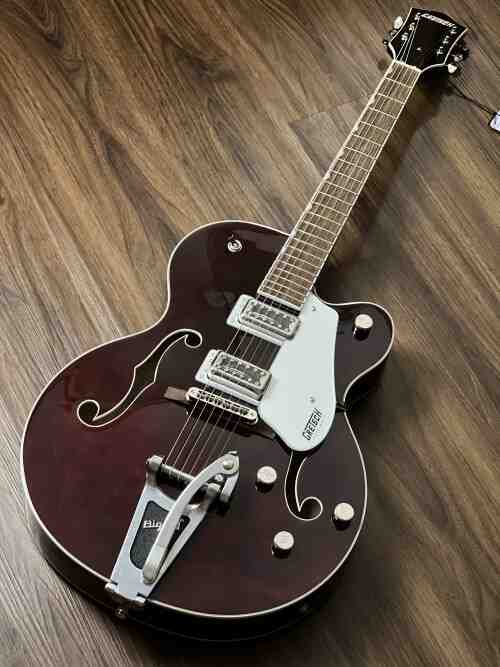 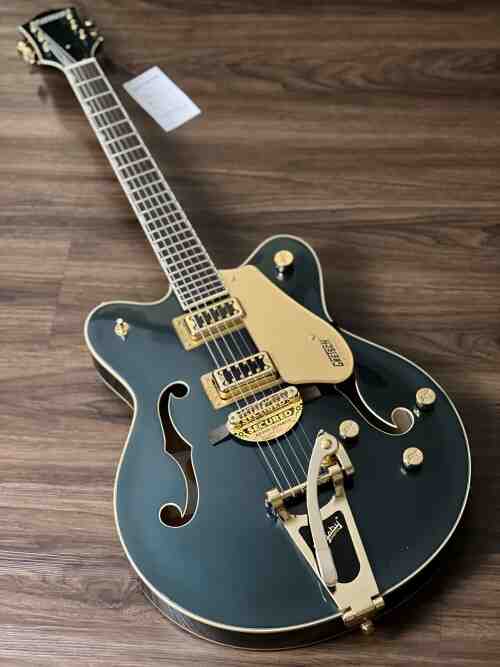 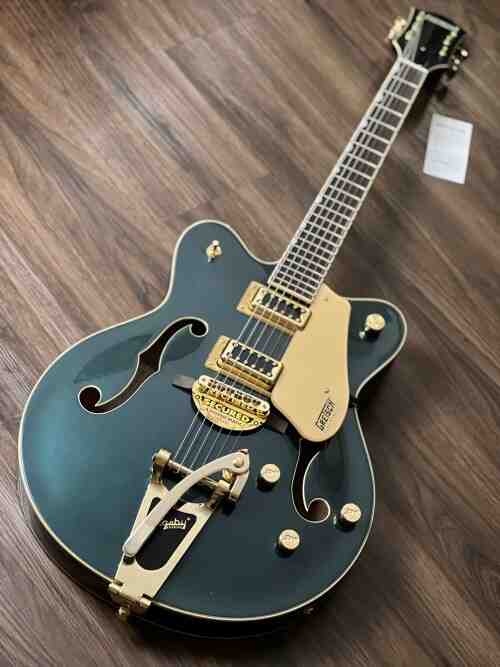 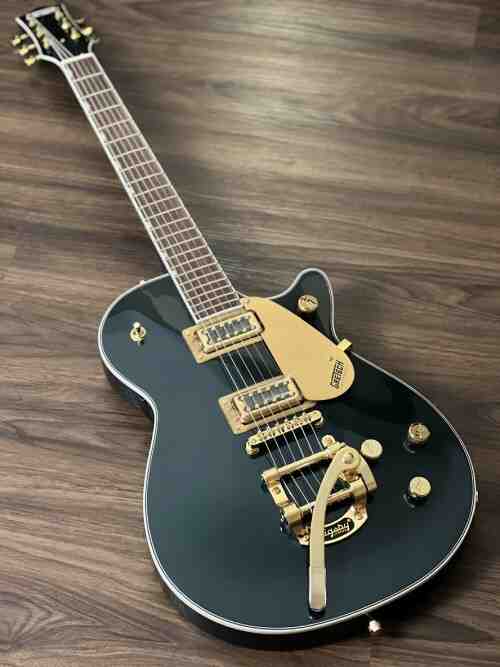 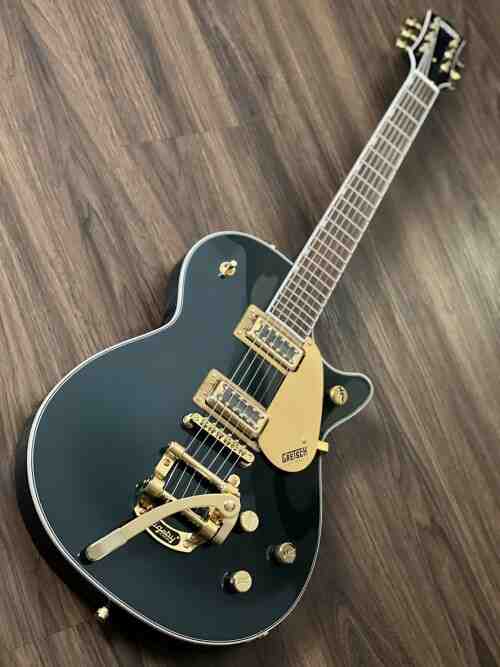 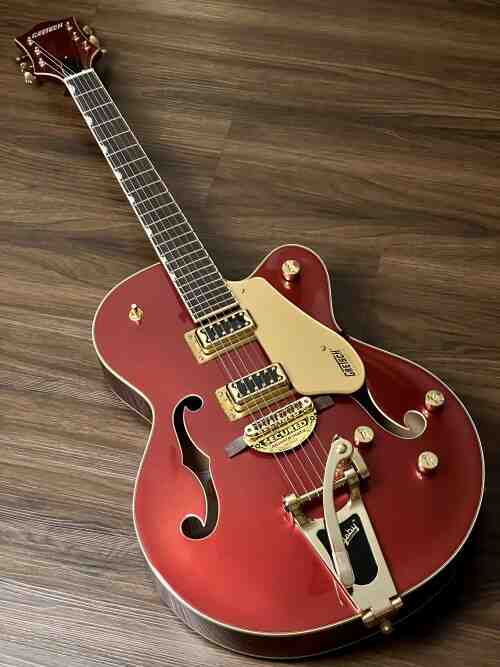 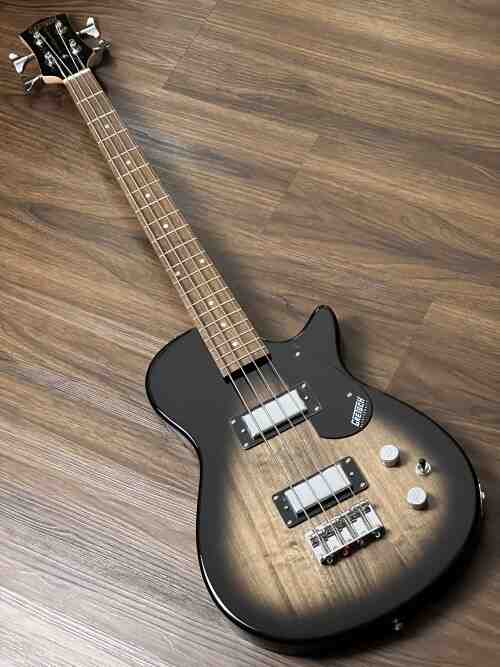 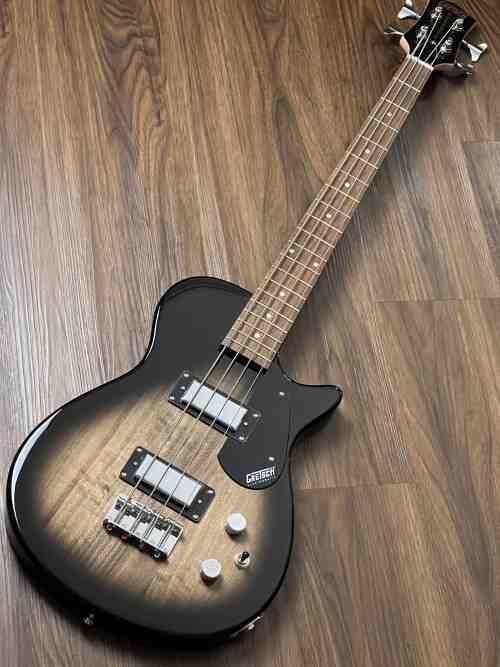